Mountain Laurel is putting on an exuberant display 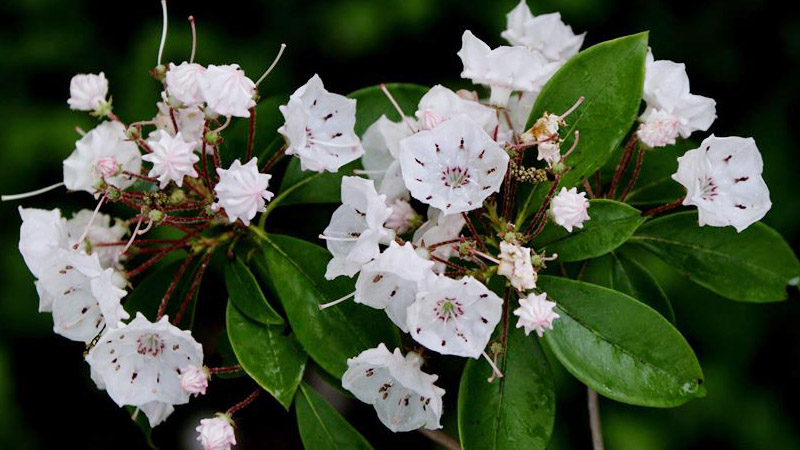 The filaments are stuck down in flowers that haven’t been visited by bees but have been released in others.

“…but the typical mountain laurel overshadows all, dominates the scene, defies descriptive effort, lays a hush on the tongue and thrills the soul with the majesty of its beauty.” — Ernest Henry Wilson, horticultural writer and plantsman

Oh, to be in Virginia when the mountain laurel blooms.

Yes, walking into a thicket of mountain laurel (Kalmia latifolia) is a pink, white and green assault on the senses. There are leathery, evergreen lance-shaped leaves, quirky stems that twist and bend to form tunnels through the tallest bushes and then the pale pink to white flowers glowing in the filtered sunlight. Mountain laurel is always spectacular, but this year it put on an especially exuberant display.

Technically mountain laurel, a member of the Heath family, is a shrub with gnarled, multi -branched stems, but large specimens can grow 12 to 16 feet tall and sometimes as high as 40 feet. The lower branches of older, larger plants become twisted into odd shapes and form leafless tunnels through the thickets that offer shelter for small animals. Early settlers referred to these dense stands of mountain laurel as laurel hell.

Mountain laurel often grows at higher elevations where the soil is thin and rocky, so its evergreen leaves give it an early spring advantage. It doesn’t have to leaf out before it can begin performing photosynthesis. Here in the Piedmont, mountain laurel is found on bluffs along the James River, along some back roads and at several local state parks, including Holliday Lake and Bear Creek Lake. Even there, it’s usually found along steep, rocky trails.

The flowers, however, are the most curious part of the plant. The clusters of dark pink, ribbed buds open to pale pink or white flowers. Each flower has five fused, indented petals that surround 10 stamens. As the flower develops, the anthers become stuck in tiny pockets on each fused petal. As the petals open, they exert increasing tension on the anthers so that when disturbed by a visiting bee, the pollen on the anther is catapulted across the center of the flower. Recent studies show that the pollen travels at a speed of eight miles per hour, a great example of Mother Nature’s engineering.

The genus name, Kalmia, honors Peter Kalm, a former student of Carl Linnaeus who spent three years collecting specimens for Linnaeus in North America. Mountain laurel has acquired a number of common names, including calico bush, ivy bush and spoon tree because early settlers used the wood to make spoons and other utensils.

Mountain laurel is so beautiful that early English plant collectors begged their contacts in the colonies to send them specimens. Peter Collinson urged John Custis to send him several plants, and when they bloomed, he wrote that, “I really think it exceeds the Laurus tinus.” High praise.

It’s no wonder, then, that here in the United States, Laurel, Kentucky; Laurel, Mississippi; and Laurel Highlands, Pennsylvania are named after this favorite plant. It is also the state flower of Connecticut and Pennsylvania. 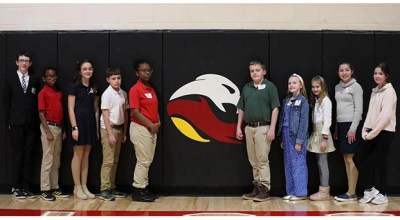