McDonald is a state champion 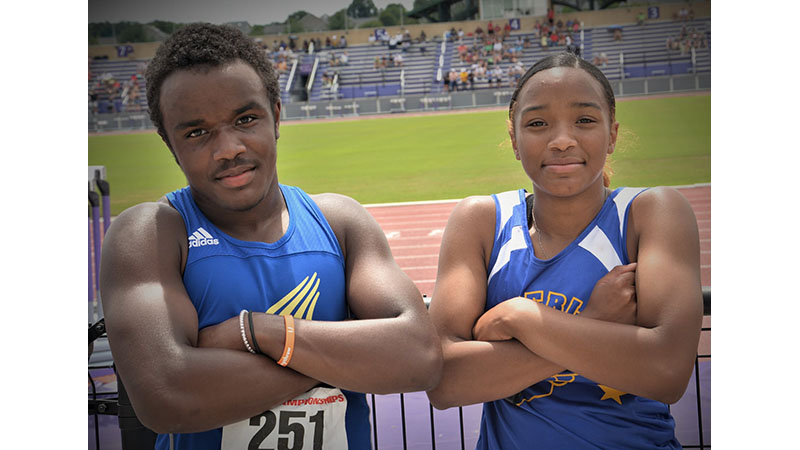 Nasir McDonald, left, and Nalonda Henderson had a successful day for the Cumberland Dukes at the VHSL State Track Meet Friday.

Junior Nasir McDonald won the state championship in the 300-meter hurdles to pace the Cumberland boys track team to a 10th-place finish at the state track meet Friday, June 18 at James Madison University.

On the girls side, Nalonda Henderson broke a school record with a pole vault of eight feet that was good enough for third in the state. Henderson was also second in the 100 meters and eighth in the triple jump.

Senior Janaia Trent took a fall in 300-meter hurdles but got up to fight for a fourth-place comeback finish. The senior also finished fourth in the 200 meters to cap her track career at Cumberland.