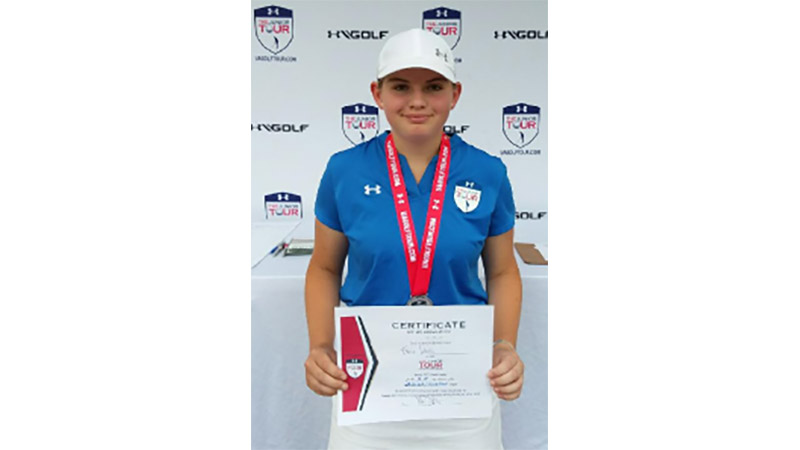 Emma Lewis is advancing to the National Championship in July.

Emma Lewis, age 15, of Rice, finished the Golf Tour powered by Under Amour’s Spring League advancing to the National Championship in July.

The championship will be held at Walt Disney World golf courses in Orlando, Florida.

The Junior Tour Powered by Under Armour is a national youth golf league for boys and girls ages 6 to 18. The golfers compete in six league matches to place first, second or third and gain points for each finish.

Lewis placed in the top four of each tournament giving her enough points to be the (15–18-year-old) Virginia Beach Champion. With this accomplishment she will earn free entry into the Summer National Championship. At the national event, Lewis will be competing with the other league champions from across the United States.