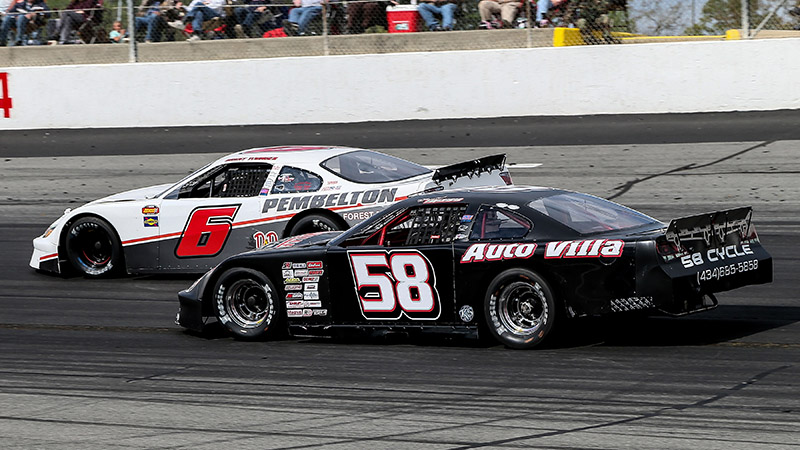 With a newer car and more experience under his belt, Brent Younger has put himself into a good position in the Limited Sportsman Division point standings heading into Saturday night’s Southside Disposal Memorial Day Weekend Showdown at South Boston Speedway.

Younger sits in third place in the division points chase with three top-five finishes in his six starts, including a second-place outing on May 1. While he trails second-place driver Drew Dawson by 33 points, there is an opportunity to trim that deficit in the twin 25-lap Limited Sportsman Division races that will be part of Saturday night’s Southside Disposal Memorial Day Weekend Showdown.

The South Boston resident credits his newer car for part of his success.

“After the 2019 season we purchased this car from Brian and Landon Pembelton,” Younger explained. “We up-graded to a newer car. The other car I had was 15-or-16-years-old. There is more technology in this car, and that has really helped us.”

The experience factor is also coming into play.

“The name of the game is seat time and running laps,” Younger said. “Last year hurt us not having racing here. You can feel yourself getting better and more comfortable the more you race.”

Younger said despite having the newer car and more experience under his belt, he is mildly surprised at the success he has had during the early part of the season.

“It’s probably more of myself driving,” Younger said of his surprise.

“I know the work that has gone into this car and what’s under me. I’ve got a lot of confidence in the car and the (chassis) setup.”

The Virginia Department of Emergency Management will have a mobile COVID-19 vaccination clinic at South Boston Speedway on Saturday between the hours of 3:30 p.m. and 7:30 p.m. The mobile vaccination clinic will be located on one of the asphalt parking areas just outside of the speedway gates. Everyone that wishes to receive the free COVID-19 vaccine may do so whether they attend Saturday night’s racing event or not.