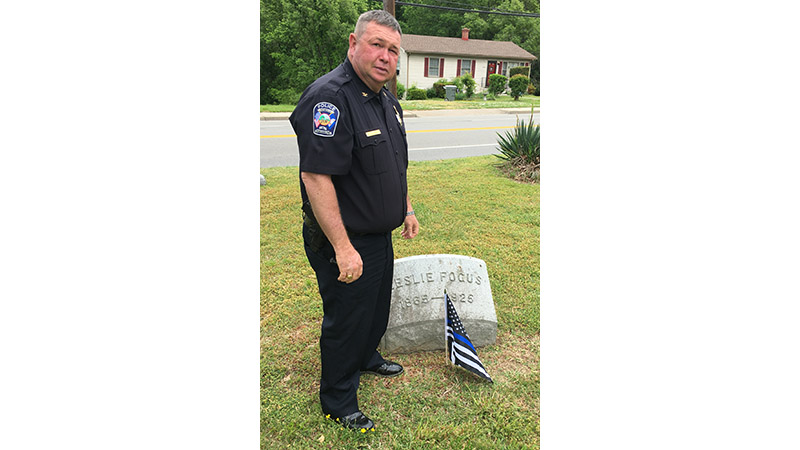 Farmville Police Chief Andy Ellington visits the grave of Leslie Fogus who served as chief of police in Farmville from 1903 to approximately 1917.

Farmville Police officers joined together throughout the week to honor their own.

Officers visited the graves of deceased officers stemming back to Chief Leslie Fogus who served as chief of police from 1903 to approximately 1917.

“We chose to remember our own in honor of their service and dedication to the Town of Farmville, they will never be forgotten,” Ellington said. “The Farmville Police Department would like to thank everyone who has shared their love and support through donations of food, calls, cards etc. throughout the week, especially our Police Advisory Board who take such wonderful care of us all year long. We are truly blessed to serve the Farmville community.”