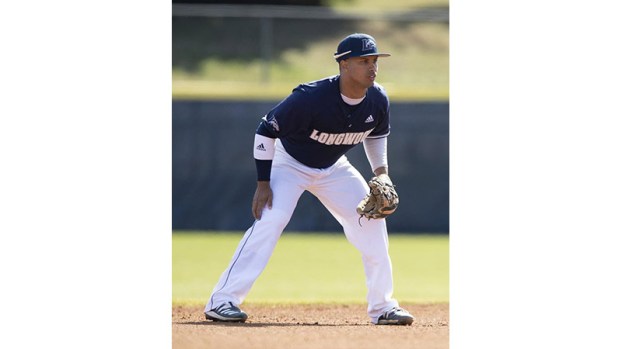 Gardner-Webb took down the Longwood baseball team behind a slow trickle of two-out runs, scoring in five innings to win 7-3 Friday, April 2, in Boiling Springs.

The Runnin’ Bulldogs (10-10, 9-4 Big South) did the most damage with two outs. Six of the team’s seven runs came with two down, and the team never scored more than two runs in an inning. Instead, five different players had an RBI, and five players scored.

That approach allowed Gardner-Webb to outlast a Longwood (8-16, 2-9 Big South) offense that saw Hunter Gilliam go 3-4 at the plate while Ricky Jimenez and Eliot Dix both hit home runs.

“I thought we competed hard today,” Longwood head coach Ryan Mau said. “We landed a few solo shots early with Ricky and Eliot, and Hunter heated up, but we struggled to keep the momentum on our side.”

Dix clocked his fifth home run of the year in the first inning, with a solo blast that gave Longwood a 1-0 lead, but Gardner-Webb used a double steal and a wild pitch to plate two and take the lead.

Jimenez tied it at two with a solo jack of his own in the second inning, his second homer of the season, but Gardner-Webb punched home a run apiece with two-out base hits in the third and fourth inning to take a 4-2 lead. Pearcey drove home the first with a single to right field, and Mitch McLendon doubled home the second.

Cullan Wadsworth bunted for a base hit in the fifth for Longwood, and Gilliam roped a double to right-center to bring him home. The Gardner-Webb pitching staff cooled off the Lancer bats from that point on, giving up one single to Gilliam the rest of the way.

Isaac Campbell (1-2) earned the win on the mound for Gardner-Webb, striking out four without allowing a run after coming on with one out in the fourth. He pitched through the seventh and only gave up one hit without a walk. Kyle Skidmore (1) came on with his team leading 6-3 to start the eighth and closed it out, striking out three in two innings against one hit for the save.

For Longwood, Colton Hutt (1-3) took the loss. The right-hander pitched into the fourth inning, striking out six while giving up four runs, three earned, on four hits and five walks.

“We gave away a few runs in the first defensively, and overall we have to be much better in limiting our free passes from the mound,” Mau said. “We just need to get a few more guys performing well in their roles so we can get back on track.”

COLUMN — A thank you letter

When I moved to Farmville in April 2016, it was an unsettling time in my life. Yes, I had the... read more