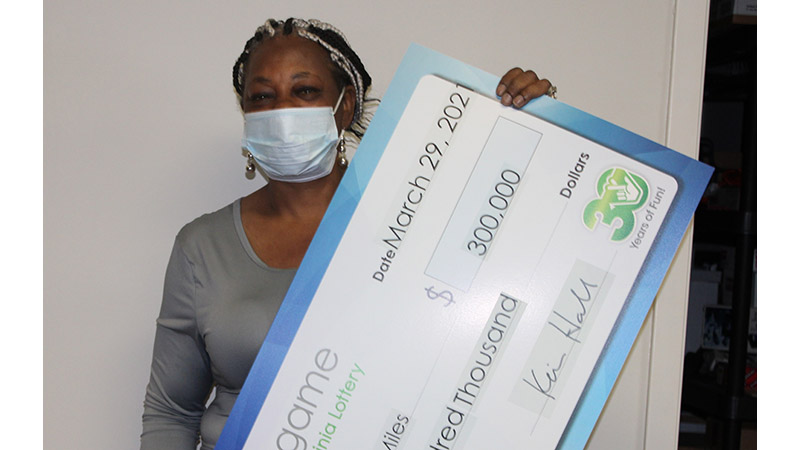 Pearline Miles won $300,000 in the Virginia Lottery from a scratcher at the Farmville Sheetz.

Pearline Miles didn’t realize right away that the Virginia Lottery ticket she had just scratched was a $300,000 winner.

However, when the Farmville woman showed the ticket to the store clerk, she received some great news.

The ticket was a Supreme Cash scratcher she bought at the Sheetz on South Main Street in Farmville. This is the second time this year, the Farmville Sheetz has produced a big lottery winner. Brian Butler won $1 million from a New Year’s Millionaire Raffle Ticket on New Year’s Day.

“Something just told me to go get a ticket,” Miles said as she claimed her prize.

Miles said she hopes to use her winnings to help buy a new home.