Nia Davis, a ninth-grade student at Prince Edward County Public Schools, was chosen to be a delegate at the Congress of Future Medical Leaders held the weekend of March 20 and 21.

The event is usually held in person at the University of Massachusetts, but due to the pandemic, it was held virtually. 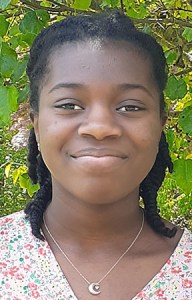 During this two-day event, Davis viewed a heart as well as a shoulder replacement surgery. She even got encouragement from a few Greys Anatomy actors via video.

In order to have received this (invitation only) opportunity, a GPA or 3.5 or higher was necessary.

Davis was also a member of National Junior Honor Society in eighth grade at Prince Edwards Schools and a Duke Leader in her elementary school years while attending Cumberland County Public Schools.

Davis also loves to read, write and paint during her free time. Although she is unsure whether she wants to pursue a degree in political science or medicine, she is very thankful for this opportunity and looks forward to what the future has to offer her.