Locals are mourning and looking for answers following the shooting death of a 2018 Buckingham County High School (BCHS) graduate.

According to a press release from the Richmond Police Department, at approximately 8:12 p.m. Monday night, April 5, officers were called to the 400 block of Gilmer Street in Richmond for the report of a shooting.

Officers arrived and located a male with an apparent gunshot wound who was on the sidewalk and unresponsive. 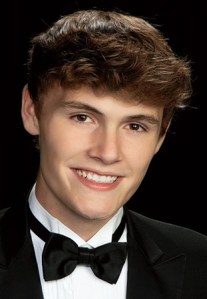 The victim, identified as Cody Woodson, 20, of Buckingham, was pronounced dead at the scene.

According to a WTVR CBS 6 News article dated April 6, Woodson’s death occurred just 24 hours after a 17-year-old was also shot and killed on the same street. It is unclear at this time if the two events are related.

Tuesday afternoon, April 6, VCU senior vice president for academic affairs Gail Hackett sent out an email to all students notifying them of the incident.

“I know you join us in sending our thoughts and prayers to Cody’s family and friends during this difficult time of great loss,” Hackett wrote.

The email stated VCU’s Counseling Center had been alerted to the news, and services are available to any student in need of assistance in dealing with the tragic event. The release also noted the VCU Police Department, in response to the shooting, has increased its patrols in the Carver neighborhood.

A GoFundMe was set up Wednesday to help pay for Woodson’s funeral expenses. The link to donate can be found here – https://www.gofundme.com/f/help-with-angies-son-codys-funeral-expenses?utm_source=facebook&utm_medium=social&utm_campaign=p_cp%20share-sheet&fbclid=IwAR1mXQ-JQIl2MQKv9AYXNWfC8uLnXDvHfJCUXzG0Q0E_3_DSDbOLgLRckEE

Anyone with information regarding the incident is asked to call Major Crimes Detective J. Higgins at (804) 646-7570 or Crime Stoppers at (804) 780-1000. The P3 Tips Crime Stoppers app for smartphones also may be used.