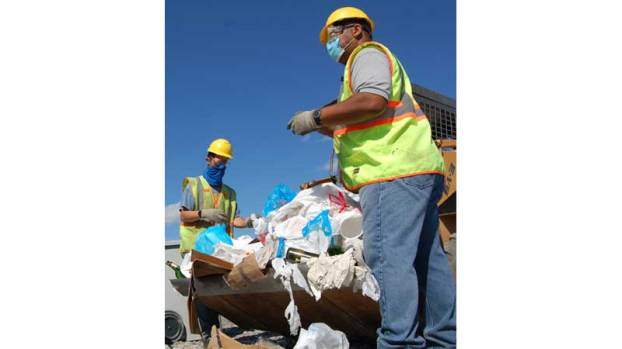 Nonprofits across the nation are growing concerned that a proposed increase to a $15 national minimum wage in the latest coronavirus stimulus package could lead to difficult decisions for organizations employing disabled workers.

For locally based STEPS Inc., those difficult decisions are much closer on the horizon.

While a national increase in the minimum wage is still up in the air, Virginia Gov. Ralph Northam signed a bill into law last summer that would increase the state’s minimum hourly wage incrementally each year, from the current $7.25 an hour to eventually $15 an hour.

The first notable increase, effective May 1, will see the rate increase to $9.50 an hour. That number will rise each year until the $15 rate is reached by 2026.

Harrup said a cornerstone value of STEPS is the belief that everyone deserves the opportunity to work and be paid a livable wage.

In support of this belief, STEPS voluntarily relinquished its U.S. Department of Labor 14c certificate several years ago.

A 14c certificate, according to Harrup, allows agencies employing individuals with significant disabilities to pay those employees based on their individualized productivity percentage instead of the minimum wage, sometimes resulting in a sub-minimum wage.

Harrup said back when STEPS operated a sewing operation in Victoria, the 14c certificate was still being used as the organization was able in consultation with a MODAPTs (Modular Arrangement of Predetermined Time Standards) certified staff member to set a “per piece rate” of pay for employees.

When the operation was closed in 2019, STEPS relinquished its 14c certificate, but years prior the nonprofit had already committed to pay at least minimum wage to all employees with disabilities who were working in jobs that could not fairly and objectively involve a per piece rate.

Harrup said Monday that all employees of STEPS regardless of a diagnosed disability are currently paid at or above minimum wage.

“They work hard, and we believe it is the only moral and ethical way to treat people.”

Harrup said while STEPS believes every worker should be paid a livable wage and a minimum wage increase would be a huge step toward this goal, it will naturally bring financial challenges and some potentially difficult choices to the nonprofit.

“Recognizing that an increase in the minimum wage has been discussed for several years, STEPS has incrementally raised rates of pay for our employees,” she added. “However, a mandated increase to $15 an hour, we fear, could have a significant impact.”

However, the eventual increase in minimum wage, she said, may mean difficult decisions, including a possible raise in customer-charged rates for services or even a reduction in the number of disabled employees at the sites.

“Neither option is ideal and will be impactful to our employees with disabilities and our loyal customers,” she said.

“Vendors would likely pass along their operational increases to us when there is little opportunity for us to secure additional funds,” she said. “For example, the cost to provide a warm place to stay at an affordable motel for individuals seeking assistance through the homeless prevention program could jump substantially as motel payrolls increase. This matters because we simply would not be able to serve as many homeless individuals and families. This is just one example, but it could have an impact on services ranging from job training opportunities for seniors to assisting those already mired in poverty with a past due electric bill.”

Harrup said STEPS currently has no plans to reapply for a 14c certificate, stating that its employees with disabilities work hard and should be paid fairly. She also acknowledged the 14c certificate is under attack at the federal level and may not be available through the Department of Labor for much longer.

Harrup agreed the “phase-in” approach to Virginia’s minimum wage increase will make adjustment easier for employers, although it will not eliminate the eventual tough choices that have to be made.

Despite her concerns, Harrup stressed her belief that for any citizen, disabled or not, who is earning minimum wage and working 40 hours a week, it is not acceptable for that individual to have to live at or below the poverty level.

“I want to be clear we understand that many in our community are underpaid and are struggling to make ends meet. We see you through the programs we provide. We at STEPS are committed to doing the very best possible to serve our communities and our employees. It is why we are here — to help our brothers and sisters overcome poverty barriers and give them the best chance to succeed. We will continue this mission with whatever resources we have available.”

PSR is responding to the two recent ice storms by providing more than 1,000 meals, including 350 donated hot meals... read more