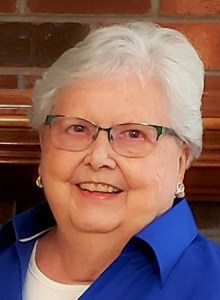 Sarah Jane was born Sept. 29, 1934 in Prospect and was the second youngest of four children to Watkins Davis and Mae Meredith Brisentine. She was preceded in death by her parents, brother, Donald Meredith Brisentine, sister, Dorothy Mae Brisentine Campbell and loving husband of 58 years, Donald Eugene Mick, Sr.

Sarah Jane was a proud alumna of Longwood College, Class of 1956. She was a teacher for Chesterfield County Schools and started her career at the original Thomas Dale High School where she also coached several sports, retiring in 1998 from L.C. Bird High School where she served as department chair for many years. Sarah Jane was an active member of the Chester United Methodist Church and proud supporter of the Prospect United Methodist Church. She was totally committed in love to her husband and family. She enjoyed spending as much time as possible at her home place where she was born and grew up in Prospect. She was a lifelong teacher, loved cooking, loved children and taking care of her family.

Memorial contributions may be made to the Renovation fund of Prospect United Methodist Church, P. O. Box 216, Prospect, VA 23960.