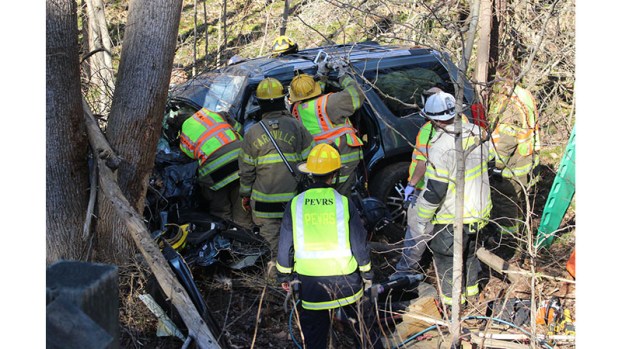 This article has been updated from its original version.

A Prince Edward County resident was medflighted to VCU Hospital Tuesday, Feb. 23, with serious injuries following an accident that resulted in heavy entrapment.

According to FFD Assistant Chief Cayden Eagles, crews arrived on scene to find a single vehicle which had crashed into a tree with heavy damage.

The driver of the vehicle, according to Virginia State Police (VSP) Public Relations Coordinator Shelby Crouch, was identified as Clarence L. Stiles-Wienk, 64, of Prospect.

Stiles-Wienk was heavily entrapped inside his 2008 Cadillac Escalade. Eagles said it took crews from FFD’s heavy rescue Squad 1 and the rescue squad’s Rescue 1 approximately 40 minutes to extricate the motorist as crews removed doors, the roof and other parts of the vehicle.

The patient was successfully extricated and airlifted to the hospital with serious injuries.

Crouch said Thursday, Feb. 25, that Stiles-Wienk was wearing his seat belt at the time of the crash.

The incident remains under investigation.

120 customers waiting for power to be restored