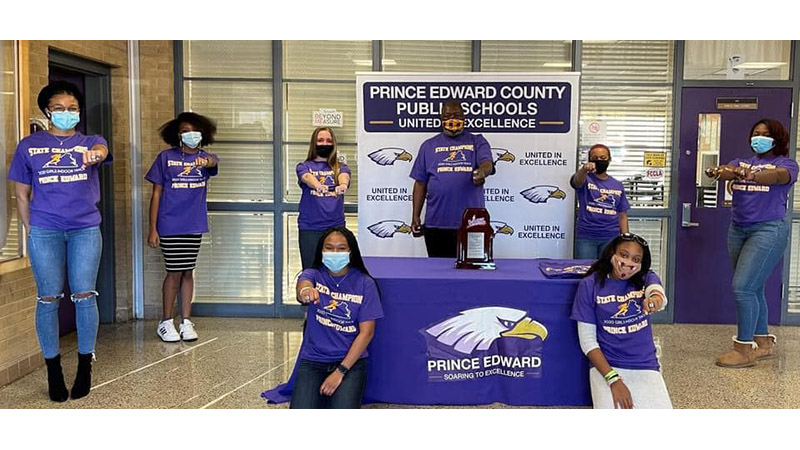 The 2019-20 PECHS varsity girls indoor track and field team was the focus of a ring ceremony commemorating its 2020 state championship win.

“I was excited to finally present this group of girls their rings for winning the 2020 Girls Indoor Track State Championship,” he said. “We wanted to present the rings in front of a big crowd at a football or basketball game, but the pandemic kept us from doing that.

Baker, who was named 2019-20 Virginia State Girls Indoor Track Coach of the Year, said he felt very proud of the team’s young ladies in their effort to become state champions.

“Personally, it was gratifying to finally achieve this milestone,” he said. “I’m really grateful for the young ladies who made this possible. I want to thank them and my assistant coach.”

A PECHS Athletics press release noted each of the girls on the indoor track and field team made the all-state team in their various events and also received a state championship T-shirt. The release highlighted their individual results that contributed to the team win.

The other members of the 4-x-400 relay team included Jones, Keira Walker and Laila Jones.