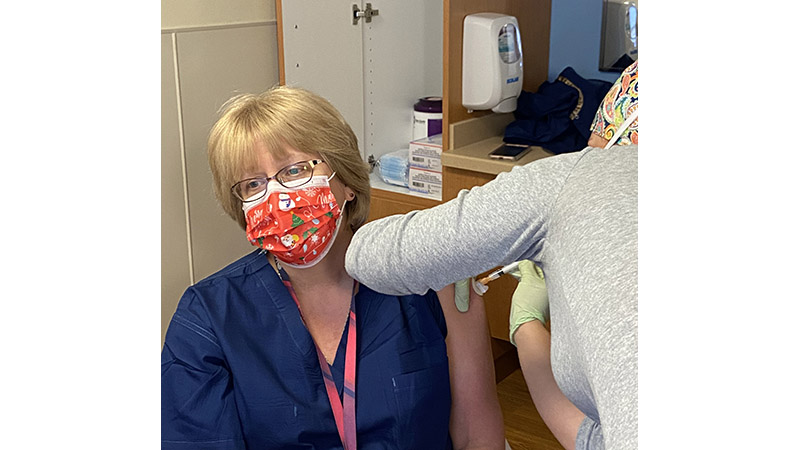 Despite nationwide concern that Operation Warp Speed is not nearly fast enough, health officials are expressing optimism for a future increase in vaccination rates as the Farmville area begins to be inoculated.

Last week an analysis from NBC News predicted at the current rate of vaccination it would take nearly 10 years to immunize 80% of Americans.

National Institute of Allergy and Infectious Diseases Director Dr. Anthony Fauci said over the weekend he believed the U.S. would be able to pick up the pace in the next two weeks. Local Piedmont Health District Director Dr. H. Robert Nash agrees.

Nash said the health department has already received 1,500 doses of the Moderna vaccine to utilize across seven counties, with a shipment of 500 additional doses expected between Tuesday and Wednesday of this week.

On Monday Farmville Health and Rehabilitation Center Administrator Greg Ashley said the center was able to vaccinate 66% of its residents during a clinic held Tuesday, Dec. 29.

Ashley said approximately a dozen workers from outside agencies who often come into the building, such as workers from PACE, the Department of Social Services and Piedmont Senior Resources, were also able to get immunized during the clinic.

Farmville Health and Rehab has a second clinic scheduled for Jan. 19, Ashley said, where patients can get their second or initial doses. A third clinic is scheduled for Feb. 3.

Ashley said those who received the vaccine reported expected side effects such as soreness around the injection site or mild headaches/fatigue the next day. However, no allergic reactions or significant negative responses have been reported.

Although it seems it will likely be several months before the general public begins to be inoculated, Nash gave some insight Monday as to what strategies the commonwealth may implement in order to immunize the rest of the population when the time comes.

Nash said the area will likely follow a similar plan to what has been seen with COVID testing, remarking that major clinics and hospitals will likely hold vaccination drives.

Nash advised those who are able to get the vaccine in the next few weeks jump on the offer rather than wait, as demand is expected to be high, and transmission rates will likely increase in the coming weeks.