High Bridge to close for 3 months 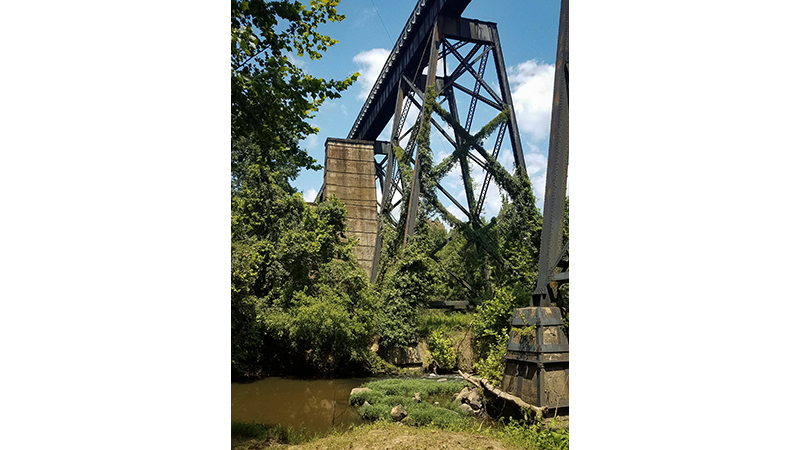 The gorgeous High Bridge is only a hop and a skip away from Farmville. (PHOTO COURTESY OF VIRGINIA STATE PARKS)

The High Bridge at High Bridge Trail State Park in Farmville will be closed for three months beginning Jan. 18.

In a release from the Virginia Department of Conservation and Recreation (VDCR) dated Monday, Jan. 11, officials stated the bridge will close for three months to allow for a large, preventative maintenance project which will replace all of the bridge’s decking.

“Renovations to the decking are required because of the heavy usage and constant exposure to the elements,” Park Manager Daniel Jordan said.

During this time, the release stated, the trail will be closed from Camp Paradise to River Road.

Camp Paradise and River Road parking areas will remain open to guests, but access to the bridge from these locations will be closed, and “no trespassing” signs will be posted.

Additionally, the Camp Paradise Trail and access to the substructure of the bridge will also be closed during the project.

“The trail closure is for the safety of our visitors, staff and contractors performing the renovation,” Jordan said. “As such, park law enforcement personnel will strictly enforce the closure.”

The release concluded by stating that the renovations are predicted to be completed, weather permitting, by May, ahead of the peak visitation season for the trail, which is one of Prince Edward’s biggest draws to the county.

In a Monday interview, Jordan said officials had considered doing the bridge renovations in sections, although funding eventually allowed for renovation of the entire deck.

He added while High Bridge is the gem of the trail, the closures would amount to only about two of the trail’s 31.2 miles, meaning there’s plenty more for residents and visitors to still enjoy.

“While it’s never a good time to close an attraction like High Bridge, being winter, the timing is such that it could afford the least amount of impact to both the trail’s economy as well as for the Prince Edward business community,” Prince Edward Tourism Coordinator Magi Van Eps said Monday afternoon.

“It’s definitely going to have some negative impact; however, the Camp Paradise Road parking lot will still be open, and we would hope our visitors would see this as an opportunity to explore the other 30.5 miles of this incredible trail. With, on average, more than 200,000 visitors a year going to High Bridge Trail, we want the bridge to be in the best condition possible, and this re-decking is exactly what is needed for this trail to continue to be the high point for our visitors.”