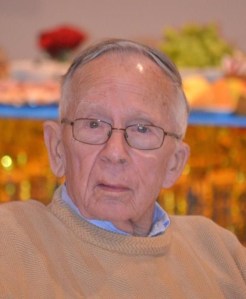 On Monday, Jan. 25, Harold Delano Davis went to be with his heavenly father. He made his transition surrounded by his loving family in the same room where he was born.

Harold was born on Mar. 19, 1934 to the late Percy Garland Davis Sr. and the late Pearl Hardiman Davis. He had nine siblings and was predeceased by all but sister Winnie Limperos.

Harold was a lifelong resident of Dillwyn, an army veteran, a cattle farmer and he owned and operated several businesses. In 2000 he retired from the United States Postal Service after 33 years of service. Through all of his endeavors he made numerous lasting connections and friendships.

Harold was well known for his prize winning, impeccable yard, as well as the generosity he showed by sharing the bounty of his large garden.

Harold was an active member of Mt. Tabor UMC until his illness. The family requests that any charitable donations be made to the church.

Papa will be greatly missed, but the unfailing love he showed his family and the lessons he instilled will endure for generations to come.

A celebration of Harold’s life will be held graveside at Dillwyn Town Cemetery Friday, Jan. 29 at 2 p.m.

Averette Simpson Jr., age 81 of Prospect, passed away on Thursday Jan. 22. He was born in Farmville and raised... read more