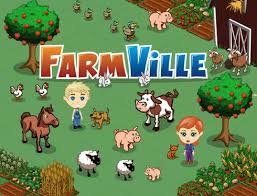 The FarmVille game played obsessively for a couple years by many Facebook users, and shared its name with Farmville the town, has been shut down.

FarmVille the game is no more

In June 2009, the Town of Farmville began what ended up being an 11-and-a-half-year run sharing its name with a Flash-based farming game created by Zynga that was designed to be played within Facebook.

The only thing separating the names was that the farming game used a capital “V” in its name, which is why Apple products tend to autocorrect Farmville to “FarmVille” when texting.

The game quickly became a phenomenon, and as a recent New York Times report noted, either people were actively — possibly obsessively — playing the game or they were receiving notifications asking help from others who were playing it.

After more than 11 years in existence, “FarmVille” shut down for good Thursday, Dec. 31, along with Flash, the software that powered the game.

Nevertheless, the game’s impact on the town remains a memorable part of history. Several people shared their memories on a Facebook post concerning the end of the game.

Ashley Hodge commented that she no longer played the game, but she used to.

“I’ll never forget the time I told my friend from Arizona that I was transferring to a college in Farmville, and she laughed, saying she thought that was just a Facebook game,” Hodge wrote. “She couldn’t believe that was the name of the town.”

Beth Marmorstein commented on Facebook that she is an administrator for a few Facebook pages with “Farmville” in the name.

“I used to get lots of weird member requests from people from other countries who were looking for new game cheats or friends,” she wrote.

Others expressed brief thoughts on the future now that the game is gone.

“Maybe my friends will stop asking me to check on their crops,” Jack O’Keefe wrote.

“I hope my phone will no longer autocorrect the capital V!” Noah J. Davis said.

Farmville Director of Public Works Robin Atkins recalled some of the influence the game had on traffic and activity in the town.

“I’ve had a lot of people come into Farmville and ask about taking pictures at signs because all they ever heard of was that FarmVille game that was on the internet,” he said.

He also noted that an ice cream company that produces fruit ice cream created an orchard of fruit trees on West Third Street at Wilck’s Lake near Centra Southside Community Hospital because it heard about the FarmVille game and then discovered that there was a real Farmville.

He said the company bought the orchard, planted it and advertised that the fruit in its ice cream grew in Farmville.

Lisa Tharpe recalled dealing with the popularity of the game during her time as the former chamber director.

“When out of town or traveling, if asked where I live, I would regularly receive the comment from people, ‘Ohhh! Farmville! Like the game,’” she said. “Then I’d usually have to fend off questions of farming and animals. I’ve never played the game, but I was certainly forced to talk about it often.”

She said the questions popped up a lot during her years as director.

“It did make for a decent conversation starter, however, when meeting new people,” she said. “You can’t deny its popularity during its prime.

“We were actually quite relieved when the hype of the game subsided,” she said. “Our Farmville is certainly vibrant and known for much more important and impressive things than the online game, but it was fun to play off the novelty of being associated with such a hugely followed phenomenon.”

With record COVID-19 case numbers coming out of the state and post-Christmas coronavirus spikes seen across the health district, a... read more