Competitive return to hardwood for Dukes 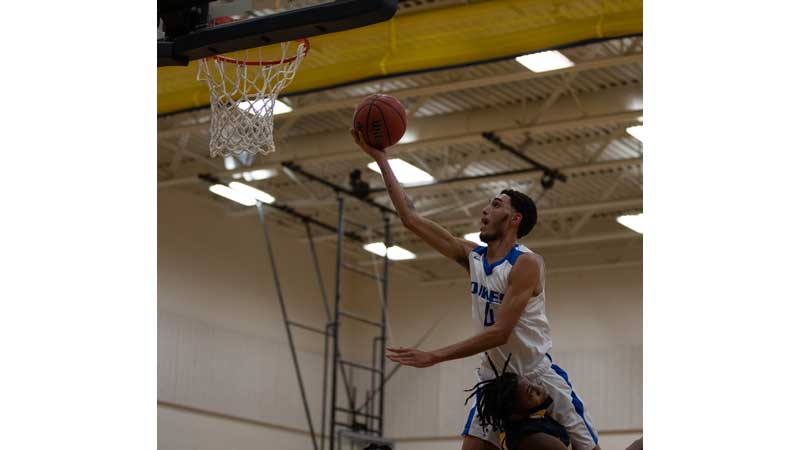 Cumberland County High School’s varsity boys basketball team has started the 2021 season 0-2, but it has also shown flashes of the strength fans of the Dukes have come to expect.

The Dukes fell 63-43 at home to Altavista High School on Wednesday, Jan. 6, but they opened the season with a much closer contest against visiting Franklin High School two days prior.

Trailing the Broncos by four points with about a minute left in the game Monday, Jan. 4, the Dukes got the lift they needed from their team leaders — seniors Kasaan Evans and Javon Marion.

“Kasaan Evans scored the (basket) that put us within two, and then Javon Marion made two free throws to tie it up,” Cumberland Interim Head Coach Joseph Nowak said. “We started winning the rebound battle, and we just started making some good shots.”

With the score tied at 36, Cumberland successfully forced overtime.

However, Franklin sophomore Derrick Perry helped the Broncos pull away for good in the four-minute extra session. He went 3-for-4 from the free-throw line and hit a 3-pointer, scoring six of his team’s nine points in overtime, which led to a 45-40 loss for the Dukes.

Despite the loss, Nowak was upbeat after the game about his players’ performance.

“They haven’t had practice in about a week and a half, so I think that hurt us a little bit, but overall, they played very well,” he said. “They had their ups and down, but nothing I can complain about.”

Nowak, who is Cumberland’s athletics director and has experience coaching a variety of sports, had not led a varsity boys basketball team before.

“I would say forcing overtime in my first official coaching (experience), I’ll take it,” he said.

He noted Monday, Jan. 11, that the Dukes’ regular head coach, Tyrone Mosby, missed the first two games of the season for personal reasons but is expected back for their next game.

In the absence of an experienced sideline general Jan. 4, though, Nowak was pleased with the leadership he saw from Cumberland’s on-court leaders that night.

“He did a great job leading this team,” Nowak said of Evans. “With me being the coach for the night, I have no experience, so Kasaan really stepped up and showed that leadership ability to help lead his team. Javon did the same thing, so those would be the two that I’d give big shoutouts to.”