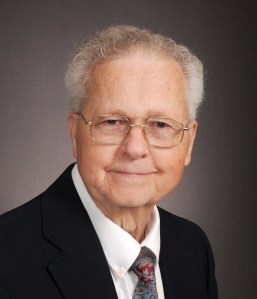 Wilkie Willis Chaffin, 78, peacefully passed away at home on Wednesday, Nov. 25. Wilkie managed complicated health issues including metastasized prostate cancer, heart disease, kidney disease and more than 50 years with Type 1 diabetes. He never complained about any of these challenges and lived a very full and wonderful life despite them. Wilkie was born in 1942 to Pansy Atkins Chaffin and Willis Waverly Chaffin in Victoria. He is survived by his brother Melvin W. Chaffin (Susie), sister-in-law Carolyn Crute McLemore (John), nieces Meg McLemore Eastman (Jeff), Cindy Chaffin Waggoner (Harry), and Elizabeth McLemore Kelsey (Jansen) and a nephew Will T. McLemore (Jennie). He is also survived by grandnieces and nephews Malinda, Elliot, and Ansel Eastman, Cora, Sabrina, and Scarlett Kelsey, Agnes and Ely McLemore, and Kelsey Waggoner Hamby (Brandon). He was married to the love of his life, Dora Elizabeth Crute Chaffin for nearly 51 years until her death in 2014. Their admiration for one another knew no bounds. He was always quick to credit Dora for their successes, recognizing her as the brains between them even though he was the one with the diplomas. He lived with a broken heart for the 6 years after her passing. He had the words “A perfect love, a wonderful marriage” engraved on their headstone. Wilkie served in the United States Air Force. Upon completing officer training and receiving initial orders to report to Alaska, he was diagnosed with diabetes and honorably discharged in April of 1969. Though the length of his service was brief, he was a very proud veteran. Wilkie earned degrees from three Virginia universities, including a BA in mathematics from Old Dominion University in 1965 and a Ph.D. in statistics from Virginia Tech in 1975. He had a rewarding career sharing his love of numbers and data as a statistics professor at Old Dominion University for 22 years, finally retiring as Professor Emeritus of Decision Sciences in 1997. In retirement, Wilkie found a second career as a volunteer with the Virginia Association of Soil and Water Conservation Districts (VASWCD) for 20 years. He served at both the local level with the Piedmont district in Prince Edward County as Treasurer and at the state level where he was an officer, including President, of the VASWCD for 11 years. Additionally, he led the VASWCD Educational Foundation as its president and VP in finding ways to support conservation efforts across the state. As he did in every branch of his life, he looked for ways to lift others up. It became a personal project of his to support the conservation district employees and reward them for their commitment and hard work. He and Dora established and funded the Chaffin Employee awards for outstanding employees starting in 2004. In 2015, he endowed the Dora Chaffin College Scholarship in memory of his wife for Virginia district employees or their family members. Wilkie earned a number of conservation awards, including the Bobby Wilkinson Award given to outstanding SWCD directors in 2011 and the Watershed Connections Outstanding Director Award for his work with local watershed initiatives. In 2012, he was inducted into the National Association of Conservation Districts Hall of Fame for the Southeast United States. In 2019, he was honored for his distinguished service with a resolution by the Virginia Association of Conservation Districts. He leaves behind special friends Dean and Mary Mannon, Bob and Linda Timmons, Karen Wilson, Kathy Davis, Bradley Bishop, as well as many friends in his local Piedmont Soil and Water Conservation community, the Virginia Department of Conservation and Recreation and soil and water districts across the state. Wilkie’s hobbies were cars and guitars. His passion was bluegrass music and he played in several bands in Tidewater and Central Virginia as lead guitarist and tenor singer. He loved bluegrass festivals, especially impromptu jam sessions which often matched well with his night-owl tendencies. Wilkie loved antique and classic cars of which he owned quite a few. There is no doubt that as Wilkie embarks on his next adventure, he’s doing so behind the wheel of a pristine mid-century convertible with thick white wall tires, two-toned leather seats, and rumbling exhaust. Top down and tunes on with a Martin in the trunk. Due to the Covid-19 pandemic and the restrictions in place by the Governor, Wilkie will be laid to rest at a private graveside ceremony at Bethpeor Baptist Church adjacent to his and Dora’s beloved Five Forks Farm. In lieu of flowers, the family requests that contributions be made in memory of Wilkie to the Darlington Heights Volunteer Fire Department at 3348 Morris Creek Road, Pamplin, VA 23958 or to the Virginia Soil and Water Conservation Districts Educational Foundation at 7308 Hanover Green Drive, Suite 100, Mechanicsville, VA 23111. Shorter Funeral Home is serving the family.