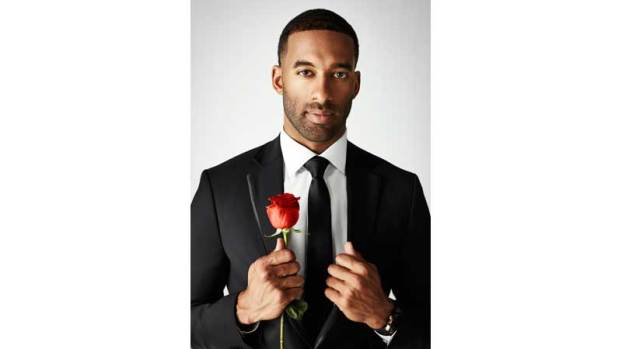 Matt James, star of the 25th season of the hit ABC series “The Bachelor,” has ties to Farmville as a nephew of resident Sherry Honeycutt. James is the first-ever Black man to be cast for the show’s starring role. (Photo by Billy Kidd / ABC)

‘The Bachelor’ star has local ties

It’s well established that aunts love to brag about successful nieces and nephews. Farmville resident Sherry Honeycutt has one big reason to brag about her nephew, Matt James, who is set to star in Season 25 of the hit ABC series “The Bachelor”.

With its first season airing in March  2002, “The Bachelor” is a television show in which a real-life bachelor is presented with a group of dozens of single women competing for his affections. Week after week the bachelor eliminates women from the competition until he makes his final selection and proposes marriage to one of the contestants.

The immensely successful series has garnered millions of viewers each season and inspired several spinoffs, including “The Bachelorette”, where a pool of men vie for the hand of one woman.

Honeycutt, a realtor with Hometown Realty, moved from Wilmington, Delaware, to Farmville in 1980.

In an interview Tuesday, Dec. 29, Honeycutt said James is the son of her sister, Patty, who lives in Raleigh, North Carolina.

According to Honeycutt, James’ involvement in “The Bachelor” franchise was the result of fellow athlete and college roommate Tyler Cameron.

James, originally from North Carolina, received a scholarship to play football at Wake Forest University. Cameron, his teammate and college roommate, was cast as a contestant on “The Bachelorette” Season 15, where he was runner-up to win the hand of then-bachelorette Hannah Brown.

It was Cameron’s mother, Honeycutt said, who recommended producers cast James as a contestant in the following season of “The Bachelorette”. It’s not hard to see why. Described by Honeycutt as the epitome of the type of man every mom wants her daughter to bring home, James is a 6-foot-5-inch, 29-year-old real estate broker now living in New York City. He’s also a lululemon store ambassador and helps to run ABC Food Tours, a company providing underprivileged children exposure to local New York restaurants to try different types of cuisine.

James, according to Honeycutt, was originally cast as a contestant on Clare Crawley’s season of “The Bachelorette,” but the COVID-19 pandemic put production on hold. However, producers and fans alike found James to be such a heartthrob that he was instead recast to be the season 25 bachelor.

Honeycutt, James’ mom and the rest of the family learned the news back in June when “Good Morning America” announced the 2021 bachelor choice live on air.

“He just told his mom to watch TV, because he had something to tell us,” she recalled. “The way everything was going, we kind of hoped that was what it was. We were really excited.”

The news wasn’t just thrilling for James’ loved ones. The moment also made history, as James is the first Black bachelor to ever be cast in the lead role.

Normally, The Bachelor sees contestants flown around the globe on exciting dates in exotic destinations, but the coronavirus means this season was filmed almost entirely from the famous Nemacolin resort in Pennsylvania.

On Tuesday, Honeycutt said her family is quite close. Her daughter also lives in New York, and she is able to visit James when traveling there.

She said James has visited Farmville several times, stopping by to spend time with family or see friends from Hampden-Sydney College.

Filming for James’ season finished up in November. The first episode will premiere Monday, Jan. 4, at 8 p.m. on ABC.

Although the show can get deeply emotional and personal at times, Honeycutt, who’s a regular fan of the series, said she’ll be watching every episode.

“Oh no, I’m watching everything,” she laughed.

But don’t look to Honeycutt for spoilers. While James’ mother travelled to Pennsylvania to meet the final two contestants, the rest of the family has no idea who he picked by the end of filming or even if he picked someone at all.

And not even Mom knows who the lucky girl might be. Producers, Honeycutt said, arrange for secret places for the happy couple to meet post-filming, so James and his possible bride-to-be aren’t likely to be seen together in public until after the season finale.

Honeycutt did say she knows the season will be filled with exciting dates, including skydiving, hot air balloon rides and many cool and classic cars.

From “Good Morning America” to “People Magazine,” James has been skyrocketed into the spotlight. But Honeycutt has faith the man who appears on television this season will still be the nephew she has always known and loved.

“You’re going to see the real Matt,” she said.