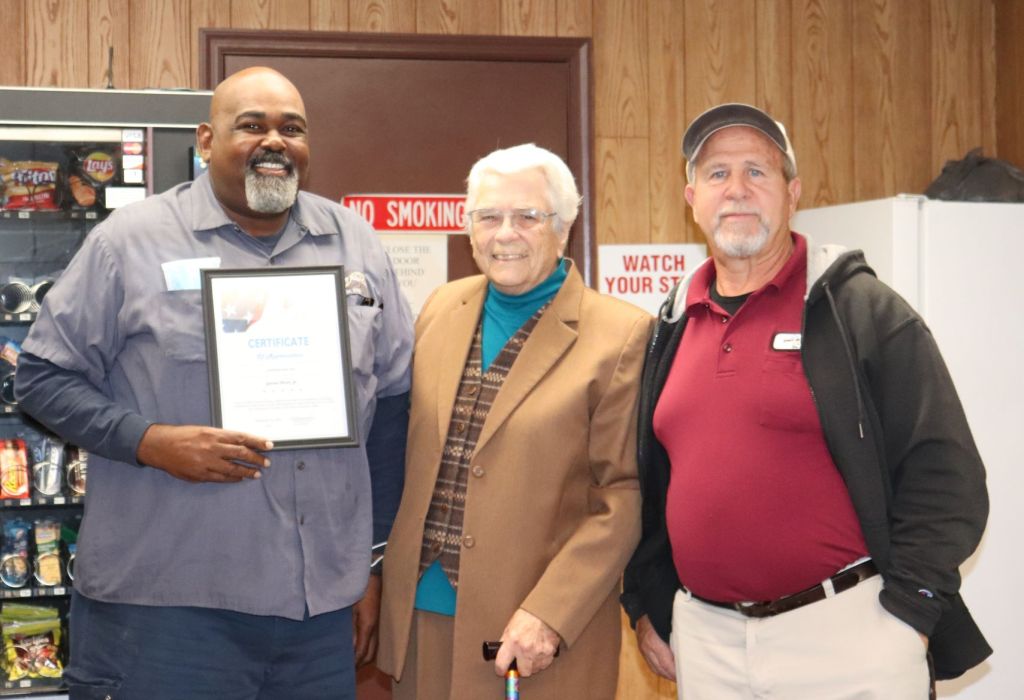 Every year, to commemorate the founding of the Daughters of the American Revolution in the fall of 1890, the Judith Randolph-Longwood Chapter Day of Service committee reaches out to recognize various groups who serve our area in special ways.

In 2019 the committee recognized the police and sheriff’s departments in the town, at Longwood and in the county. This year the committee, Sarah Stokes, Myra Green and Rebecca Maxwell (chair), decided to reach out to an under recognized but vital group, Farmville’s public works sanitation crew.

This small group of eight to 10 men is vital to the well-being of the town. They work tirelessly to collect garbage and our paper, plastic, glass, aluminum and cardboard for recycling, scoop up the trimmings from bushes, trees and other vegetation, and in general keep the town spic and span. Imagine for a moment what our streets would be like if this crew did not exist. It would not be long before life would become unbearable, home to undesirable critters and more than unbearable odors.

So on Wednesday, November 18, member of the Judith Randolph-Longwood Chapter brought a barbeque luncheon to these gentlemen at the Town Shop, where they could feast courtesy of DAR and Fishin’ Pig. To top off the celebrations, the crew was presented with a cake inscribed with words of gratitude to the town’s heroes.

Before the luncheon, each crew member was given a commemorative framed certificate from the chapter expressing deep appreciation for the wonderful service they render daily. Each crew member was introduced by Robin Atkins, director of public works for the Town of Farmville, and received their certificate from the chapter regent, Dr. Carolyn Wells, who expressed her personal thanks and that of the chapter to each gentleman for their service. Wells was accompanied by chapter members Rebecca Maxwell and Myra Green, representing the Day of Service Committee; Yvonne Costello, first vice-regent; and Margaret Atkins, second vice-regent. The original idea was proposed by DAR member Vicki Morris.