Centra receives Pfizer vaccine shipment; none coming to Southside yet 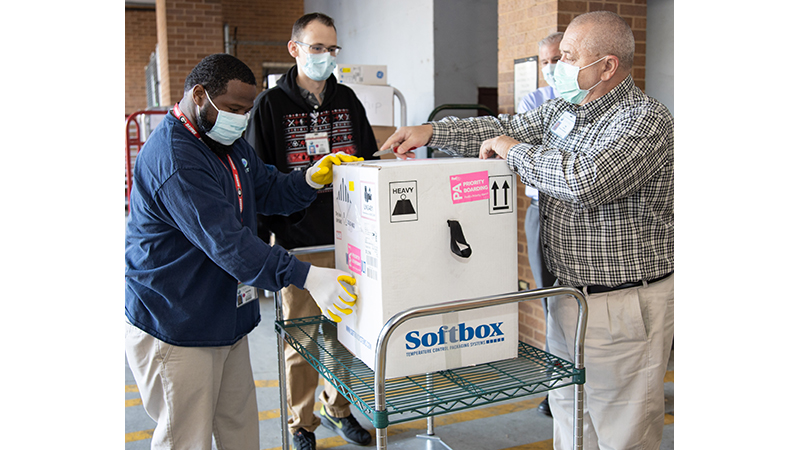 Centra officials received a shipment of the Pfizer coronavirus vaccine Tuesday morning, Dec. 15, shortly after 9 a.m. at Lynchburg General Hospital. Centra Southside Community Hospital will not receive a shipment any time soon due to a lack of cold storage capability.

It’s been a challenging week for Centra officials after the hospital system once again experienced record numbers of coronavirus patients, but encouraging news came Tuesday morning, Dec. 15, when Lynchburg General received its first shipment of the Pfizer-BioNTech COVID-19 vaccine.

The health care system expected to be able to begin administering vaccines as early as Wednesday, Dec. 16, but it may be quite some time before Centra Southside Community Hospital in Farmville receives a vaccine shipment of its own.

In a Dec. 15, press conference, Centra Vice President of Medical Affairs Dr. Chris Lewis announced Lynchburg General had received a shipment of 2,925 doses of the Pfizer vaccine shortly after 9 a.m. that morning.

The vials are currently being kept in ultra-cold storage at the hospital’s pharmacy, as the vaccine must remain cooled at a negative 71 degrees Celsius.

Although incoming winter weather may affect plans, Lewis said Centra hopes to begin administering the first-round doses to the most vulnerable of its health care workers as early as Wednesday.

The encouraging news comes in the midst of a difficult time for Centra and other health care providers across the country as coronavirus figures continue to skyrocket from week to week.

Lewis said as of Tuesday, Lynchburg General had 58 patients on its COVID-19 floor and 13 coronavirus patients in the ICU, eight of which were on ventilators, for a total of 71 patients in Lynchburg alone.

“That is certainly the highest we’ve reported,” he confirmed.

The Centra official highlighted that the number of COVID patients at the center has increased significantly throughout the first two weeks of December, particularly over the last weekend. In addition to an increase in patients, there’s also been a significant increase the number of patient deaths at Lynchburg, which reached 132 as of Tuesday morning.

“We are concerned that this number will, of course, continue to climb,” he added.

Lynchburg General, according to Lewis, has also experienced a large amount of stress on hospital capacity.

The center, Lewis said, has been utilizing two floors and 70 beds dedicated completely to the treatment of COVID-19 patients, 18 of which were ICU-level beds. Over the weekend Centra outgrew that blueprint and was forced to reopen its pediatric floor to be used purely for coronavirus patients.

The capacity breach means Centra is having to overflow patients into smaller hospitals in its system, including Southside.

“In response, we do need to leverage our entire health care system and use any bed capacity and staffing that we have at our other facilities, say Bedford and Southside and (Centra Rehabilitation Virginia Baptist Hospital), to work as one large organization to make sure we can care for all the patients across these communities, and that does give us some flexibility.”

Lewis also acknowledged Centra has not been immune to the national problem of difficulty hiring and training additional staff through the pandemic.

“Our staffing is clearly challenged now, and has been frankly for some time. Our staff is stretched thin to try and care for all these patients across these many beds,” he said.

Lewis and the rest of the Centra team were very hopeful Tuesday morning when discussing the vaccine, emphasizing Centra will closely follow CDC (Centers for Disease Control and Prevention) guidelines for prioritizing the immunization of caregivers who are at a high risk for contracting COVID-19, such as those who work on the COVID unit.

While the 2,925 doses received Tuesday morning will not be enough to immunize all Centra workers, it will be a start.

“This is truly good news,” Lewis added. “Vaccines will frankly be a large part of how we get through this pandemic.”

But Farmville’s Southside Community Hospital will not be receiving any doses of the Pfizer vaccine any time soon.

The reason why, officials say, has to do with the difficulty of storing the vaccine.

“The Pfizer vaccine is extra challenging because it requires ultra-cold storage,” Lewis explained. “Currently, Lynchburg General is the only hospital in our Centra system that has that capacity, so that’s where the Pfizer vaccine will initially come.”

Lewis said Southside and other smaller hospitals in Centra’s system do not have the freezer capabilities necessary to safely store the Pfizer vaccine. However, the approval of other coronavirus vaccines could change that.

“Now, over time, other vaccines will become available,” he continued. “As you’re aware, Moderna is likely going to become available at some point in the very near future. That one is easier to store and will likely be able to be sent to many more medical centers that only have regular freezer capacity. So at that point, and I can’t tell you exactly when, Farmville may also become a vaccination site.”

Lewis added that although Southside will not receive Pfizer vaccines in the near future, caregivers from Southside and other facilities will be able to travel to Lynchburg General to receive the vaccine.

“You’ve seen more COVID activity in your community as well, and this is frankly a national trend. Southside is certainly not spared from that.”

Lewis said COVID numbers at Southside have also increased. While the hospital in Farmville was previously reporting a daily average of approximately three to five patients in its COVID unit, the facility is now carrying closer to nine to 11 patients.

Lewis also took time during the Tuesday press conference to explain some of the science behind the Pfizer vaccine and how it is administered.

“There are a lot of parameters that make this a challenging vaccine to give,” he said.

Lewis said the Pfizer vaccine is known as a messenger RNA (mRNA) vaccine. Although the vaccine is new, the technology behind it has been around for a long time.

Messenger RNA, according to Lewis, is basically an instruction that tells the body how to produce a certain protein called the “spike protein.”

Lewis added this means the second dose of the Pfizer vaccine, which is identical to the first dose, is absolutely necessary. He also emphasized that it is not possible to get the coronavirus from the vaccination.

Additionally, Lewis explained that the CDC and the Food and Drug Administration (FDA) released more recommendations regarding vaccine administration this weekend, including a recommendation that those who have already contracted COVID-19 seek immunization.

Lewis said while officials don’t recommend getting vaccinated for the coronavirus while an individual still has the virus, getting the vaccine any time afterward is well worth it and can make the immune system robust in its defense against the virus.

While it appears COVID patients develop varying levels of immunity to the virus, officials do not often see many patients become re-infected within 90 days of the initial bout, so it is up to the individual to decide if they would like to put off immunization until 90 days after initial infection. 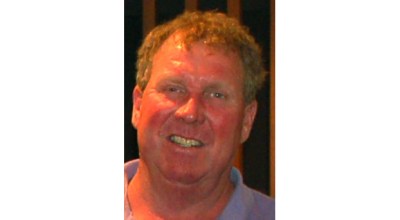