A love for animals 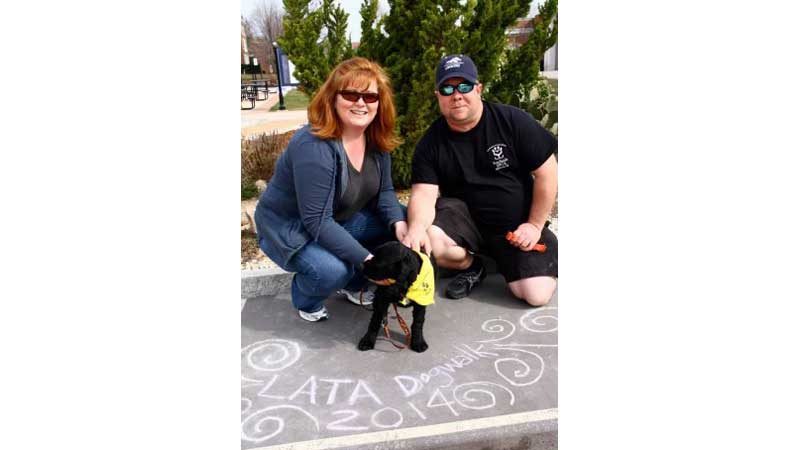 Steve and Mary Smelcer both believe in standing up and being the voice for animals. Their passion for furry friends led them to become involved with the Southside SPCA.

Bonded by a mutual passion for animals and their community, Steve and Mary Smelcer happily dedicate much of their time and energy to the Southside Society for the Prevention of Cruelty to Animals (SPCA).

Steve, 45, works for the Commonwealth of Virginia and volunteers with the SPCA on the side. He’s also a member of the organization’s Board of Directors and runs the COOLE (committee on outreach and local events) group.

The Smelcers both share a common interest and love for creatures big and small. They themselves own five dogs and even a couple of goldfish. But the Smelcers also recognized years ago those creatures need a voice.

Nine years ago, the Smelcers decided to hold a small holiday drive for the Southside SPCA at Mary’s hair salon. At the time neither were volunteers with the group.

The event was very successful and caught the attention of the SPCA, which contacted Steve about the COOLE group and asked if he’d be interested in being a part of the new community outreach program.

Steve jumped on board, but the group, he said, got off to a bit of a slow start. He found many residents didn’t know the Southside SPCA was in the area. In the beginning, there was a lot of work to be done by the group in the way of education and community outreach.

Slowly but surely, the group found its way. Now, COOLE has approximately 15 active members and puts on around one event each month, most of which occur in Farmville. And although the COVID-19 pandemic has affected the way some events can be run, Steve and the group have been able to work around most difficulties.

This year will mark the ninth year of the Smelcers’ annual fundraiser for the SPCA, and the couple has never stopped volunteering with the organization. For them, it’s a way to give back to the community and change the lives of both animals and humans.

“I just feel like animals do not have a voice for themselves,” Steve said, “and they basically depend on people like us to be the voice for them. I know now sitting on the Board of Directors that in order to operate a non-profit shelter that is totally donor driven, you’ve really got to get out here and work hard, because it’s quite expensive to operate a shelter.”

One of Steve’s favorite parts of working with SPCA has been the ability to meet many great people from the local community as well as those from across the country. Some notable guests at events have included Captain Tami Gray from “Wicked Tuna: Outer Banks” and Shelby, the star canine from “A Dog’s Way Home.”

Some upcoming guests at Southside SPCA events include Shorty Rossi from “Pit Boss” and Miss Virginia.

For Mary, who can often be found attending monthly meetings and helping out where possible, some of the best memories from her years of working with the group include the SPCA’s annual Holiday Donation Drive.

“That is always such a great time.”

In looking to the future, the duo have many hopes for the organization. Steve hopes to see the continued success of SPCA’s spay/neuter program and hopes to educate more people on the benefits of rescuing animals rather than going to a pet store and paying large amounts of money for designer breeds of dogs.

Mary would love to see more volunteers from the community come out to help at the SPCA. And of course, she dreams of seeing all the pets get adopted.

“Wouldn’t that be a fabulous thing?”