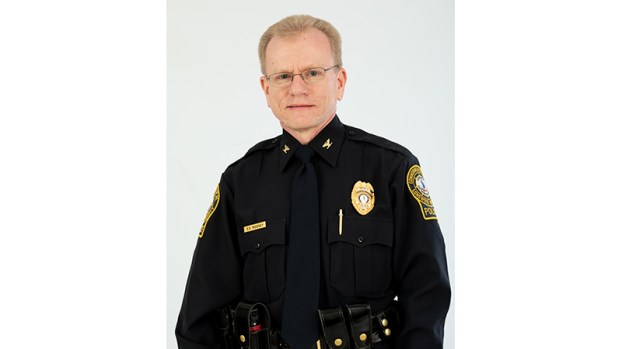 Why I Love Farmville — Doug Mooney

Q: HOW LONG HAVE YOU BEEN IN FARMVILLE AND WHAT’S THE FIRST THING YOU REMEMBER NOTICING ABOUT THE AREA?

A: I first lived in Farmville as a new student at Longwood College in 1982. Because of this, the first memories of the area are of the campus, specifically the Rotunda, Pine Street (now part of Brock Commons) and the Cunningham dorms. The huge, old trees and old buildings were a beautiful sight.

Q: WHAT IS YOUR FAVORITE FARMVILLE MEMORY?

A: I met my wife here in 1983. That had better be my favorite memory if I want to preserve domestic tranquility. That, and when we used to go see movies at The State Theater, located at the corner of Main and High streets. It was like stepping back in time to enter that movie theater. It was a shame when the roof collapsed in the early 1990s, but Farmville did a good job transforming the area into Crute Stage.

Q: HOW WOULD YOU LIKE TO SEE FARMVILLE GROW OR CHANGE IN THE FUTURE?

A: Growth is a good thing and change is necessary to allow a community to remain vibrant. From my first memories here, Farmville has changed, but it has managed to keep its small-town charm and familiarity. I think the town leaders over the years have figured out how to accomplish this, which is probably not an easy task. Many small things, like replacing downtown traffic lights with a retro style, as well as the downtown street lights have helped to make Farmville an inviting place to visit or live. Nice shops, restaurants and recreational opportunities are a huge draw to town. I would like Farmville to continue to grow while keeping the small-town charm.

Q: HOW WOULD YOU DESCRIBE THE PEOPLE OF FARMVILLE TO OTHERS WHO ARE NOT FROM HERE?

A: While making the town look good is important, the local residents are what make Farmville what it is today. The people of Farmville are genuine, caring and friendly. After marriage, my family lived in Chesterfield County for over 20 years before relocating to the Farmville area. We were welcomed by everyone we met and made to feel at home. While we commuted for work at first, my wife and I both changed jobs to this area, and were again welcomed into the local workforce. After we had been here for about four years, one of our children was in a pretty serious accident. Again, our neighbors and friends helped us tremendously to get through this difficult time. These are the people of the Farmville area who have become our friends and neighbors.

Q: IF YOU HAD TO LEAVE FARMVILLE FOR AN EXTENDED PERIOD OF TIME, WHAT WOULD YOU MISS THE MOST?

A: I would miss the local events, such as the outdoor movies, First Fridays (now called Live at Riverside), Heart of Virginia Festival and Five County Fair to name a few.

Q: IF YOU HAD TO TAKE A PICTURE TO REPRESENT FARMVILLE TO THOSE OUTSIDE OUR AREA, WHAT WOULD THAT PICTURE BE?

A: A picture of the downtown Main Street area, from Fourth Street facing north in the evening when the street lights come on. I have seen some really old pictures from near this vantage point that reflect some changes in downtown, but you can still recognize the buildings. Our downtown is a visually inviting area.

Serving it Up — Shaking up tradition

Cheryl White Gibson, of Farmville, does not consider herself to be a great baker of pies, but by her own... read more