Living in a food desert 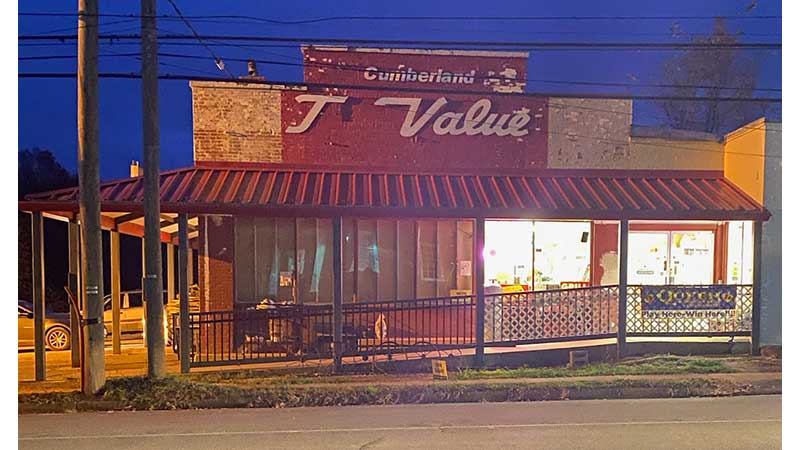 A True Value Hardware store is now in the location of the former Marion’s Market where Cumberland residents purchased basic groceries. (Photo by Regina Caraway)

Many are aware that Cumberland County is considered a food desert in which residents have very limited access to healthy or affordable food.

And while the installation of a greatly needed grocery store may remove Cumberland from the list of food deserts in the United States, it could take much more to solve the greater problems of food accessibility and affordability.

Jennifer Sullivan, a Cartersville resident, said she’s had food insecurity on her mind ever since she held a seat on the Cumberland County School Board in the late 1990s, witnessing firsthand the relationship between hunger and poor test scores.

Although back then there was still no significant supermarket, Sullivan recalled there were some shops like Marion’s Market where residents could purchase basic groceries.

“If I needed a cup of sugar or to go get some ground beef, I could go to town and grab it.”

Although she is now retired, Sullivan last worked in real estate and often attempted to sway developers and commercial clients into considering opening up a grocery store.

She even started her own Facebook group, “Cumberland County Needs a Grocery Store,” which has garnered more than 1,000 members in the last several years. She attended several Board of Supervisors meetings to voice her thoughts to county officials.

Despite her efforts, clients were never interested in bringing a grocery store to the area. Sullivan said she was often told there was not enough business in the county to support a grocery store.

“They don’t want to do it because there’s not enough of an economical reason to do it here,” she said.

Despite this, Sullivan still thinks the Courthouse area would make an excellent location for a grocery store. And while she often finds her fridge stocked mainly with quick and easy finger foods that can be heated up in a pinch, she worries the most about the county’s older population who may be struggling to afford food with nowhere nearby to obtain it.

“They have to make big decisions. Do I put gas in my car? What am I cutting out of my budget to eat?”

CCC is one of 133 agencies in the Feed More network that stretches across 34 counties and cities. Seal serves on the council for Feed More.

Tuesday, Oct. 26, Seal highlighted Cumberland as the only county in Feed More’s coverage area that is considered to completely be a food desert.

“It’s an issue that has grown for a long time, and it’s not going to be solved by a single grocery store,” she said. “It certainly would be great, and I would love it, and I’m sure there would be plenty of business, but it’s not going to solve some of these underlying issues.”

Seal referenced other issues the county is facing beyond a lack of grocery stores. The county is food insecure, but it’s also lacking a medical center, a daycare, a public park, public transportation, widespread internet access, and unemployment is a significant problem.

And in a county that lacks these types of things, fundraising for the food pantry itself can be difficult. When other agencies go to places like retirement communities to fundraise, Cumberland must look elsewhere. There is a distinct lack of a wide variety of strong organizations to partner with.

And because so many Cumberland residents seek jobs outside of the county, putting a grocery store in the middle of Cumberland may not be a viable option.

Seal discussed that CCC has a variety of programs offered to citizens which can have a great impact on those who are food insecure. The pantry holds TEFAP (The Emergency Food Assistance Program) distributions on the second and fourth Friday of every month, and the Feed More Mobile Pantry is held every third Friday, just to name a few.

There’s also programs such as Senior Box, which supplies wholesome, shelf-stable food to supplement the diet of low-income adults aged 60 or over.

But while the majority of Cumberland residents qualify for some sort of program, Seal said, many do not take up the offer.

According to Seal, almost 70% of people in Cumberland County are eligible for USDA federal programs such as the Senior Box program. That number was at 87% when the organization started.

And while the pantry serves approximately 1,000 people a month, some of whom are duplicate recipients that participate in multiple programs, around 7,000 residents are eligible.

“When you all live here together and you think you’re all fine … you qualify for that food,” she added. “I tell people all the time, ‘Come and fill out an application. You may qualify.’”

Over the last several months, the Cumberland Board of Supervisors has allocated significant CARES Act funds to upgrade the CCC/Delma’s Pantry facility. The pantry has seen a tremendous increase in participants since the pandemic, and the organization that touches so many lives can now operate more efficiently.

The board itself often faces questions of why a grocery store has not come to the county and what is being done in order to attract the attention of such a business.

“The county government is keenly aware of the lack of grocery options in Cumberland, and we are working to court retail in our county,” District 1 Supervisor and Board of Supervisors Chairman Brian Stanley said. “Currently Cumberland County residents rely on Goochland, Powhatan and Farmville to access groceries.

“Grocery chains have shared that Cumberland’s population currently primarily uses Food Lion and Walmart locations for grocery items. They have indicated that greater population density would make it economically viable for a Cumberland grocery location to succeed.”

Stanley referenced the county’s two Dollar General stores, which do carry some grocery items such as frozen foods, canned and dry goods, bread and some dairy items. He stated Dollar General is in the process of rolling out more comprehensive grocery choices including fresh vegetables in some of their stores.

“We hope to benefit from these changes,” he said.

Stanley explained that prior to the COVID-19 pandemic, an agreement was reached between the county and the Ruritan Club of Cartersville to host a farmers market weekly to benefit citizens. The market was set up to accept EBT cards and be part of the Supplemental Nutrition Assistance Program (SNAP), allowing for healthy food alternatives over other choices while offering a venue for local growers to market their goods.

“Unfortunately, the restrictions associated with the pandemic coincided with the scheduled opening of the market,” he said. “We hope the farmers market will reboot in the spring.”

Stanley said as broadband comes to the county through Firefly Broadband, officials feel more individuals and businesses will see Cumberland as a viable location to call home.

“New job opportunities coming to Cumberland will provide economic drivers to allow our citizens to live, shop and work in Cumberland rather than facing a lengthy commute where picking up groceries to or from work is an option. We feel the job opportunities will attract retail.

“The pending Cobbs Creek Reservoir and the eminent development and increase in population which will follow should make locating a large grocery store possible in the county. We are moving forward to work from completed citizen input to develop a comprehensive land use and development plans near Cobbs Creek and the rest of the county. We intend to be prepared for the potential growth and have a plan in place to ensure growth is responsible and will benefit all citizens.

“The ability for Cumberland residents to access food items within our county is a priority. Driving 30 miles or more round trip for groceries creates costly burdens on our residents. We welcome input from our citizens and value ideas to address our food desert situation,” he concluded.

Cumberland County Public Schools (CuCPS) Superintendent Dr. Chip Jones said Wednesday, Oct. 27, the county’s food desert status compounded by a lack of public transportation means students are forced to rely on nearby convenience stores for food if they can afford it, citing a 2014 report by Virginia Tech that notes 9.49% of Cumberland’s population lacks transportation to reach a grocery store.

“The low average income makes it difficult for many families to purchase sufficient quantities of food, which results in students who suffer from food insecurity,” Jones said. “Studies have consistently shown that having sufficient nutritious food reduces food insecurity, obesity rates and poor health. According to Feeding America, hunger is also associated with poor physical and mental health, delayed development in young children and behavior problems such as hyperactivity, anxiety and aggression.”

Jones said that in order to assist families, CuCPS currently provides breakfast and lunch to every student free of charge through the Community Eligibility Provision (CEP) Program.

“During the pandemic, students were provided five breakfasts and five lunches each week, which could be picked up at one of three distribution sites or delivered directly to homes,” he said. “In addition, CuCPS has partnered with Backpacks of Love. This organization provides needy children with food for weekends.”

Jones added the school division partners with Delma’s Pantry, which uses the school as a food distribution site. He also referenced that the school system distributes information on the Cumberland PATH (Positive Attitude Toward Health) program.

Sponsored by No Kids Hungry and Delma’s Pantry, Cumberland PATH is a program that focuses on nutritional education, economic development and food distribution. Under this program, residents can participate in Vouchers for Veggies, in which participants are given vouchers that are redeemable at several nearby locations for up to $40 worth of fresh or frozen fruits and vegetables.

The Center for Rural Culture, according to Catherine Fleischman, president of the center’s board of directors, is very much involved in the fight to get fresh produce to Cumberland residents.

When it first started, the center was structured around a central concept of how to maintain a rural way of life while still having a viable economy. One of the products of that way of thinking was a non-profit online farmers market called Fall Line Farms & Local Roots.

The market is a producers’ co-op of small family farms and local businesses providing fresh local food year round to its members.

Fleischman said while the market originally had few members and only a small number of producers, sales skyrocketed when the pandemic hit.

“People became very interested in where their food came from and where they could find food.”

Since then, the program has expanded and brought in many more producers. The Center for Rural Culture has also partnered with Delma’s Pantry.

Now, the online farmers market has two pickup locations in Cumberland, one located in Columbia and the other at the Courthouse.

Fleischman emphasized that the coronavirus pandemic has highlighted a greater importance in food security and the way food is produced and distributed.

“For years we have been interested in, ‘How can you live in a rural community and also be in a food desert?’”

She continued, “Personally, I don’t see box stores as the answer to local food … Do you want only one way to get food, or do you want multiple options?

“The hardware store in Cumberland is carrying food,” she said, referencing True Value’s participation in the Vouchers for Veggies program, “because it’s needed.”

For Fleischman, the greater issue of food accessibility must also mean sustainable access to food.

“If we get a box store and we encourage everybody to eat what’s available or what is coming to us but is not necessarily what’s the healthiest, then we’re not solving the problem, we’re contributing to it.”

Fleischman said getting on the road for greater food accessibility in Cumberland means all local stakeholders, including schools, county government, farmers, customers, social services, churches and other groups/organizations need to be educated and informed.

“We’re not solving the problem by just giving out bags of food,” Seal said. “We believe in education. We believe in stimulating the economy here in Cumberland.” 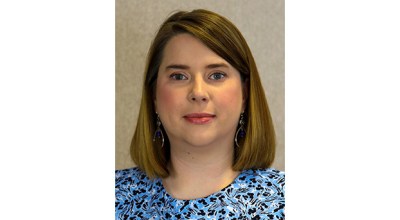 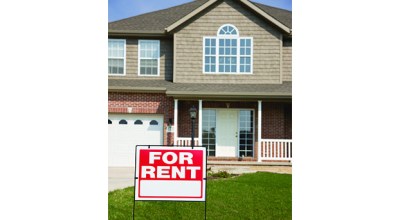 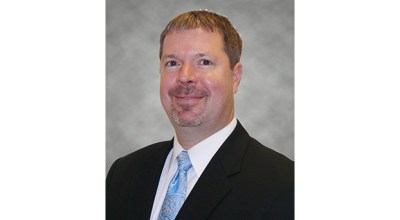