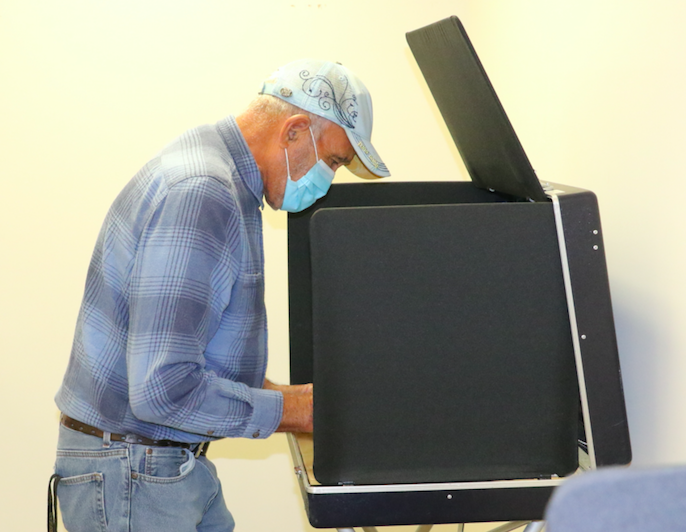 BY SAM FOWLER AND TITUS MOHLER

and The Farmville Herald

In-person early voting turnout has been impressive in Virginia and has remained consistent in at least part of the local area.

Buckingham County Director of Elections/General Registrar Lindsey Taylor stated there has been notable participation in both early voting and via absentee ballot requests in Buckingham.

Early, in-person voting has also yielded a large turnout. More than 420,000 people have voted in-person as of Oct. 8.

“It is the largest turnout we have seen at this time of year in Virginia,” Gaines said.

This is the first year there has been no-excuse absentee voting and a 45- day early voting period. The General Assembly recently passed a host of voting reform bills to allow for these changes.

A record number of more than 5.8 million Virginians had registered to vote as of Aug. 31, when looking at records that go back to 1976. More than 5.5 million voters were registered in the 2016 presidential election year, and turnout that year hit 72%.

Nationwide initiatives such as National Voter Registration Day, which occurred Sept. 22, broke new ground. An estimated 1.5 million people registered to vote nationally during the event this year, the largest number of registrations since the campaign started in 2012, according to the organization’s website. Celebrities got involved to help the cause trend on Twitter with #NationalVoterRegistrationDay.

Alcohol related deaths on the rise