Dunnington Mansion up for auction 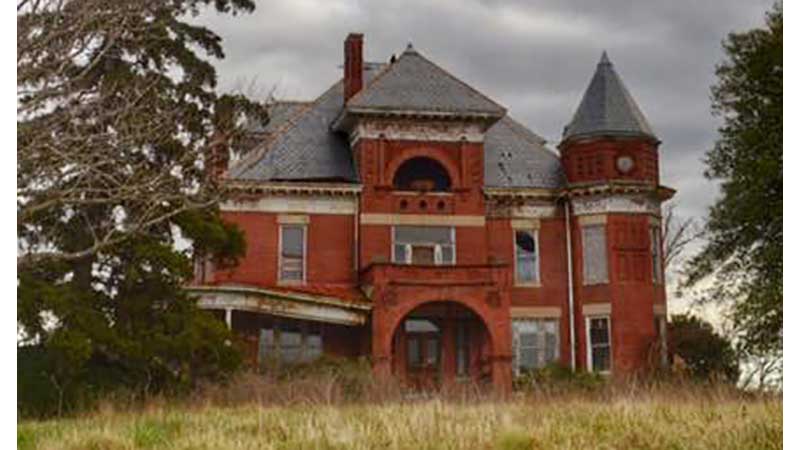 An auction is scheduled for Oct. 7 for the historic Poplar Hill site, which includes the now-abandoned Poplar Manor owned once by tobacco tycoon Walter Grey Dunnington. (Photo by Michelle Bowers / Old House Life)

Just in time for Halloween, a historic plot of land in Farmville, complete with a spookily charming abandoned mansion, is up for auction.

Poplar Hill, a 361-acre portion of land, which includes the former Dunnington Mansion, is set to be auctioned off Oct. 7. The property is located next to The Manor Golf Club.

The mansion and the surrounding land are a part of what was once known as the historic Poplar Hill Farm, originally a 1,100-acre estate owned by deceased tobacco tycoon Walter Grey Dunnington.

Dunnington reconstructed and expanded the original property’s farmhouse, erected in the late 1700s, into what was later known as The Poplar Manor in 1897. The towering 8,500-square-foot mansion, located now at the southern portion of the property, eventually fell into disrepair. However, its impressive architecture and mysterious aura have made it a popular site among those fascinated with historic/abandoned buildings, including Michelle Bowers, creator and owner of “Old House Life,” a website that showcases similar structures.

Bowers has written multiple blog posts regarding the Dunnington Mansion, which she describes as one of her personal favorite historic homes in the commonwealth.

“Even in its state of ruin it is still an amazingly beautiful home,” she wrote in an article dated March 2, 2019. “When you drive up to it, it will literally take your breath away.”

Aside from its mystifying nature, the estate has also drawn attention from the superstitious.

In August, Curt Autry of NBC12 shared a photo of The Poplar Manor on social media, which garnered thousands of likes and shares.

“Most old timers in Prince Edward and Cumberland Counties are familiar with this property, and some say it’s haunted,” Autry wrote. “Is it me, or does this place look like a 12-episode Netflix series waiting to happen?”

The sealed bid auction deadline for the Poplar Hill property is scheduled for Wednesday, Oct. 7 at 3 p.m.