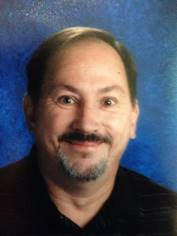 After retirement from the Coast Guard, Bill began a second career as the Production Manager at Longwood University’s Dining Facility and later as the Food Service Director for the Cumberland County Public Schools where he will be sadly missed by his extended school family including his outstanding group of “Lunch Ladies”. He was also a member of the 8th Virginia Volunteer Infantry Regiment of CSA re-enactors and an avid beekeeper always eager to educate people on both subjects dear to his heart. Bill enjoyed hunting and fishing with his father, brothers and grandchildren and traveling with his family. Bill was a loving son, sibling, husband, father, grandfather and friend to all who knew him. His passing leaves a deep void in all our lives.

Memorial contributions may be made to St. Theresa’s R.C. Church Building Fund or a charity of your choice.

Michael Lewis Hudgins, 69 of Arvonia, passed peacefully in his sleep on Monday, August 24, 2020. He was born on... read more