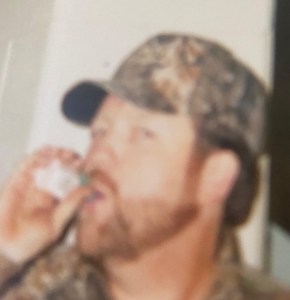 He was preceded in death by his parents, William Eugene Pegram of North Carolina and Maggie Perkins Pegram of Dundas.

Neil grew up in Dundas, where he was taught a strong work ethic by his father on the tobacco farms. In 1978, Neil graduated from Brunswick Senior High School in Lawrenceville and in 1980 he graduated from Southside Community College in Alberta. Neil earned a degree in Applied Electricity/Heating & Cooling, and soon after college, joined the City of Hopewell Wastewater Treatment Facility, for a career of 38 years.

Neil was an artist, hunter, fisherman, and could build or fix anything. He loved the kitchen table, where good food and memories were made. Neil was a member of the Dundas Hunt Club.

He is survived by his wife of 18 years, Linda Meadows Pegram; his youngest daughter, Abigail Majorie Jean Pegram (tri-city area); his oldest daughter, Emily Pegram of Lunenburg; his eldest son, Christopher Pegram (Suzie) of Chesterfield; his youngest son, Justin Pegram (Kaitlyn) of Lunenburg; his two brothers, Phil Pegram (Kathy) and Charlie Pegram all of Dundas; his sister, Patricia Smith (Barry); his father-in-law, the late Calvin Lee Meadows; his mother-in-law, Dorothy Meadows; his brother-in-law, James Meadows (June); as well as six grandchildren; one nephew; 11 aunts and uncles, and many cousins all Lunenburg & tri-city area.

A Memorial Service will be held at a later date at Perseverance Christian Church, 3027 Gigg Road, Dundas, Virginia 23938, once COVID-19 restrictions have been lifted. Please no flowers or greenery. All donations in Neil’s memory should be made to International Fellowship of Christians and Jews, PO Box 96105, Washington DC 20090-6105. Arrangements by the Colonial Heights Chapel of the E. Alvin Small Funeral Homes & Crematory, 2033 Boulevard, Colonial Heights, Virginia 23834. Condolences may be registered at www.ealvinsmall.com.

Leola Allen White, of Farmville, went home to be with the Lord on Tuesday, August 11, 2020, surrounded by her... read more