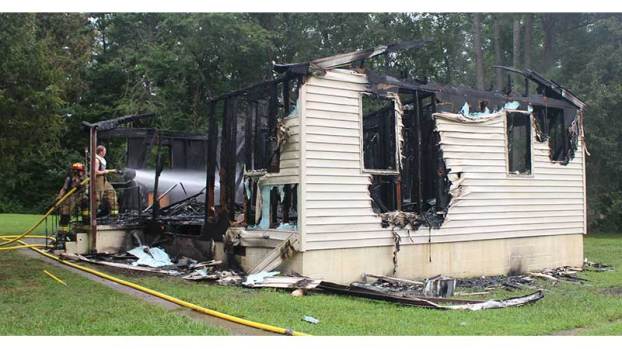 15,000 gallons of water were used to fight a fire at a one-story residence on Perkins Lane in Cumberland Wednesday morning, Aug. 19. (Photo by Dan Pempel)

Firefighters operated on scene for two hours to contain a fire that ravaged a home in the 800 block of Perkins Lane in Cumberland Wednesday morning.

Adkins said approximately 15,000 gallons of water were used to fight the blaze. A family was living in the home, but was not present at the time of the fire.

No injuries occurred as a result of the incident. While the cause of the fire is unknown at this time, an investigation is ongoing.

The Cumberland County Public Library used downtime during the pandemic to implement some exciting updates and changes, and is now... read more