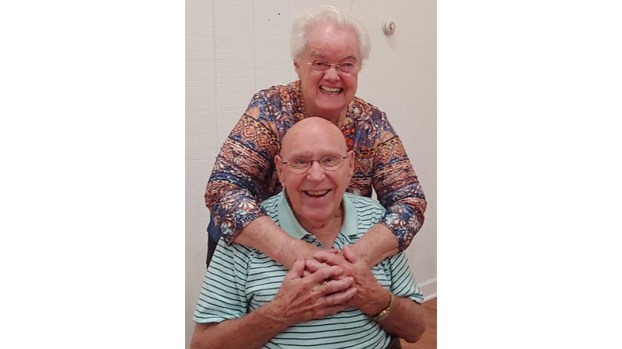 Major and Gail Thompson, of Farmville, celebrated their 50th wedding anniversary on July 17. Their children, Jerry Thompson, of Keysville; Wanda Thompson, of Chesterfield; and Gail’s niece Teri Butler, of Richmond; surprised them with a beautifully decorated celebration at the Piedmont Church of Christ Saturday July 18.

In attendance were a small number of close family and friends who enjoyed reminiscing about the stories and adventures of Major and Gail over the past 50 years.

Major retired from the Virginia Department of Transportation in 1989 and Gail retired from her position as extension agent – home economist for Cumberland County in 1993.