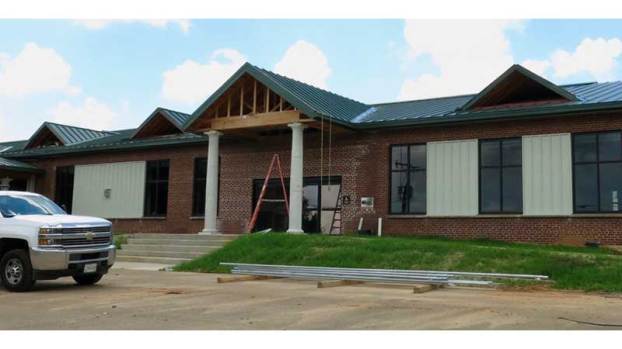 The new Buckingham Library is anticipated to open its doors in mid-to-late October. (Photo courtesy of Central Virginia Regional Library)

The Barbara Rose Johns Farmville-Prince Edward Community Library is expanding its operating hours as Virginia moves into Phase 3 of reopening. Meanwhile, the new Buckingham Library is only a few months away from a grand opening.

According to Rick Ewing, director of the Central Virginia Regional Library, the Farmville-Prince Edward Library reopened to the public June 7 under reduced hours of four days a week. Beginning Monday, July 13, the library will now be open six days a week, four hours a day, Monday through Saturday. Specific hours are as follows:

Ewing said while the library’s doors were closed for several months due to the coronavirus pandemic, community members were still able to utilize the library’s Wi-Fi while sitting in the parking lot. While some residents sat in their cars to take advantage of the Wi-Fi, others sat outside the library on a bench where phone and laptop chargers were available to use.

He added the library continues to offer, online services for downloading books and movies and taking online classes.

Ewing said now that the library is reopening, many people are enjoying  “curbside” book checkouts.

Individuals who want to avoid going inside the library can reserve a book or movie online and pick the item up without leaving their car. Others might enjoy asking library staff to pick a movie or novel for them based off of preferences and deliver the item curbside.

In preparation for reopening, the library has installed sneeze guards at the front desk manufactured by Yak Attack. Hand sanitizer made locally by Three Crosses Distillery in Powhatan and free masks are being offered to patrons, as well.

Library staff have additionally taken away some seating, computers, and children’s toys to both maintain physical distancing and limit lingering in the library. The facility’s meeting room and study rooms are not available, and all programming has stopped for the time being.

According to Ewing, the Farmville-Prince Edward Library had more than 3,000 items checked out at the time of its shutdown due to the pandemic. Patrons were asked to hang on to the items for the time being, and most books and movies have since been checked back in.

Ewing said the library has been “quarantining” returned items for four days before they are put back into circulation.

The library has also stopped fines for the time being. No book donations will be accepted until  further notice.

The current Buckingham Library is only offering curbside pickup for the time being. Curbside pickup hours for the library are as follows:

However, the new library, located at the former Dillwyn Primary School building, is nearing completion despite some COVID-related setbacks.

Ewing said the new library in Buckingham has been in construction for approximately eight months. Though donations from residents and local organizations have really helped in obtaining funds, he added the facility has experienced some delays related to furniture orders due to the coronavirus.

The ribbon cutting is now anticipated to occur in mid-to-late October.

COLUMN — Public meetings should actually include the public

It is time to put the public back into public meetings. The experiment of using conference calls, Facebook Live and... read more