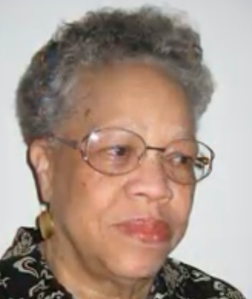 Bledsoe Dean had long generational ties to Longwood and the Farmville/Prince Edward community, with a family history of civil rights activism. She was Longwood’s first African American tenured faculty member and taught at the university for more than 30 years.

From her start at Longwood in 1980 until her 2004 retirement, Bledsoe Dean’s service included positions such as the director of field services for the social work program, several university committees, coordinator for minority affairs and minority recruitment and a mentor to countless students.

On Tuesday, June 30, the day before her death, Longwood officials announced they would be naming the university’s new 43,000-square-foot academic building in the heart of campus in honor of Bledsoe Dean. The formal name of the building will be Dr. Edna Allen Bledsoe Dean Hall. It will be referred to on campus as Allen Hall in order to recognize and honor both Bledsoe Dean and her family.

“We are saddened to hear the news of Dr. Edna Allen Bledsoe Dean passing,” Robert Russa Moton Museum managing director Cameron Patterson said Thursday. “We are grateful for her legacy. It lives on with her family and the countless lives she impacted as a teacher and mentor during her years of service to Longwood University.

“Dr. Edna Allen Bledsoe Dean and members of her family were among those who labored to help found the Moton Museum. She was one of the great storytellers of our local civil rights history, because she and her family were on the front lines of having experienced it and along with so many others in our community having fought to make our country move closer to equality and justice for all.”

“Not only did she help to raise me, but she provided me with so many opportunities, as did she several generations of community members and Longwood students,” said Bledsoe Dean’s nephew, Warren A. Reid. “I would not be the father, businessman or clergyman I am today without her.”

Longwood University President W. Taylor Reveley IV said Dean’s legacy will endure in the students she taught and the building named for her legacy at the university.

“Dr. Edna Allen Bledsoe Dean’s legacy endures in the countless students she taught and inspired,” Reveley said. “And it will carry forward in the new campus academic building that was named Tuesday in her honor, where teaching and mentoring will shape generations to come. Longwood was proud to celebrate this ideal Longwood professor with the 2020 Honorary Alumni Award. Our thoughts are with her family, and her former colleagues, friends and students as they mourn, and as they commemorate her legacy .”

Bledsoe Dean was preceded in death by her parents, Edward and Vera Allen, and her husband, John Dean.

Her memorial service is scheduled for Wednesday, July 8, at 11 a.m. in Richmond.