Law enforcement to be topic of discussion in special session

I appreciate all the calls and emails I have received over the past couple of months from my constituents regarding the current school reopening situation.

Most that I have talked to are in favor of opening on a regular five day a week in-person schedule. I am glad that it appears all the school districts I represent are planning to open as close to full time as possible, while still allowing flexibility for those parents that choose virtual learning for their children. 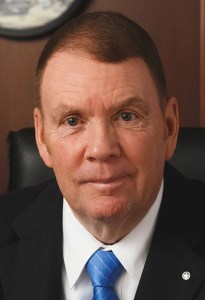 Republican senators and delegates have been united in calling for the option of students returning to the classroom full time in the fall.

Gov. Ralph Northam immediately accused Republicans of “playing politics,” despite the fact that both the CDC and the American Academy of Pediatrics both say students should return to school in the fall.  It’s not politics to want the best possible education for our children, in fact, it is a constitutional right.
Democrats have begun to accuse Republicans of racism for supporting school reopening, even though children in minority communities are often the ones most impacted by school closure.

As I have stated before, Gov. Northam’s failure to lead continued with his team’s inept handling of school reopening.  After his administration put out an unrealistic 130-plus page document detailing how schools should reopen, parents revolted at the awful plans that came as a result.  Northam then punted responsibility to local school boards, saying that they, not his administration was responsible for reopening plans.

I believed it should have been up to the local school administration from the beginning as to the best way to handle their school divisions reopening. Not only is that poor leadership on the governors part but it’s the latest flip-flop in a series of COVID-related decisions he has made.

As I mentioned last week, Speaker of the House Eileen Filler-Corn has decided to convene a joint meeting of the Public Safety and Court of Justice committees to consider reforms regarding law enforcement and our police departments.

We received notice this week that these three meetings will be held July 22 , 29, and August 6.   The first meeting will deal with law enforcement policy, procedures, response, accreditation, and certification.  We also presume it will cover decertification.

The second meeting to be held on July 29 will deal with training for law enforcement, judges, prosecutors, and community-based policing.  Mandatory minimum sentencing is also likely to be discussed.

The final of these three meetings to be held on August 6 will cover no knock warrants, use of force, and citizen review boards.

The meetings have been set up to last three hours each where we are to hear from expert witnesses and advocates who will make presentations and then take questions from members of the two committees.  There would be no bills introduced at these meetings, just topics to be discussed.

Of course, this does not mean the governor and his new Democrat majority might not try to introduce legislation during the Special Session he has called for August 18.  The special session is supposed to be held only to finalize the budget, but this has been a year where nothing has been as it is supposed to be, so we will have to wait and see.

I hope you will continue to contact us if there is any way we can be of assistance.  You can reach my office at 434.696.3061 or DelTWright@house.virginia.gov.

Letter – Pipeline defeat is a win for all

To The Editor: The Atlantic Coast Pipeline is dead. Big business does not care about the environment or especially, the... read more