In recent months, our nation has struggled with its responses to two diseases, COVID-19 and racism. One stems from a viral threat, and the other is a symptom of systemic and institutional dysfunction.

As news reports have amply documented, both can be deadly. 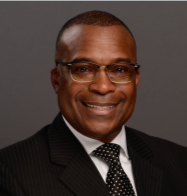 I was devastated to witness the murder of George Floyd and am saddened by the upheaval that has followed in cities around the country. Some people mistakenly believe civil rights disparities have been relegated to history. Alas, this is not so. In several states, I have been stopped by police and racially profiled while driving through predominantly white communities. My two sons have also had similar experiences. These have been very humiliating situations. People who are not members of racial minority groups are frequently surprised to learn how often this happens.

In addressing racial concerns, Dr. Glenn DuBois, chancellor of the Virginia Community College System, said, “Equity and access to opportunity have been at the heart of our community college mission since we first opened our doors in 1966. However, our efforts to translate those ideals into action for all Virginians have not always yielded the results that we seek as quickly as we would like. Simply stated, we must do better, and we will.”

As part of this effort, the chancellor asked me to lead a task force that will examine curricula for law enforcement programs across all community colleges in the commonwealth. These programs, which enrolled nearly 2,200 students last year, represent one of Virginia’s largest sources of training for law enforcement officers.

Front-line personnel who will offer input include Chad Patton, Ph.D., SVCC’s dean of career and occupational technology. Patton served as a law enforcement officer for 10 years before beginning a teaching career in SVCC’s Administration of Justice program. Patton remarked on the need to improve instruction regarding the use of force.

“There is not a dedicated course that has at its core the ethical and legal use of deadly force,” he said. “I think such a course is needed, and it is needed at the community college level.”

Alfonzo Seward, Ph.D, professor and program head of SVCC’s Administration of Justice Program, emphasized the importance of strengthening relationships between police and communities.

“Law enforcement needs to work on building community trust through community policing programs. Law enforcement departments should provide citizens academies to educate the public on police tactics, methods, resources and reasons. The public’s trust will increase when they understand why the police do what they do,” he said.

“Racial injustice and inequality need to be addressed all the time and not just when something bad happens,” he said.

This broader spectrum of concern is echoed in other work underway at SVCC and throughout the Virginia Community College System. A system-wide initiative called Search Advocate is being implemented to reshape the hiring process in a way that ensures inclusive practices and avoids implicit bias. In addition, I am serving on a separate VCCS long-term strategic planning task force that has been refocused with a heavy emphasis on equity, diversity, and inclusion.

Embracing challenges provides an opportunity to do great things. By working together, I am confident that our community can forge a path to a brighter future for all.

(Dr. Quentin R. Johnson is president of Southside Virginia Community College, an institution of higher learning that provides a wide variety of education opportunities to a diverse student population within a service area that spans ten counties and the City of Emporia. He can be reached via email at quentin.johnson@southside.edu.)

To The Editor – We here in Prince Edward County and surrounding areas are so fortunate that we have dedicated... read more