ARTIST IN RESIDENCE: Cultivating a jack-of-all-tradesmanship

Photos and artwork by James Early

When one asks James Early what kind of work he does, there is a quick, informative answer that takes only seconds to provide and receive. 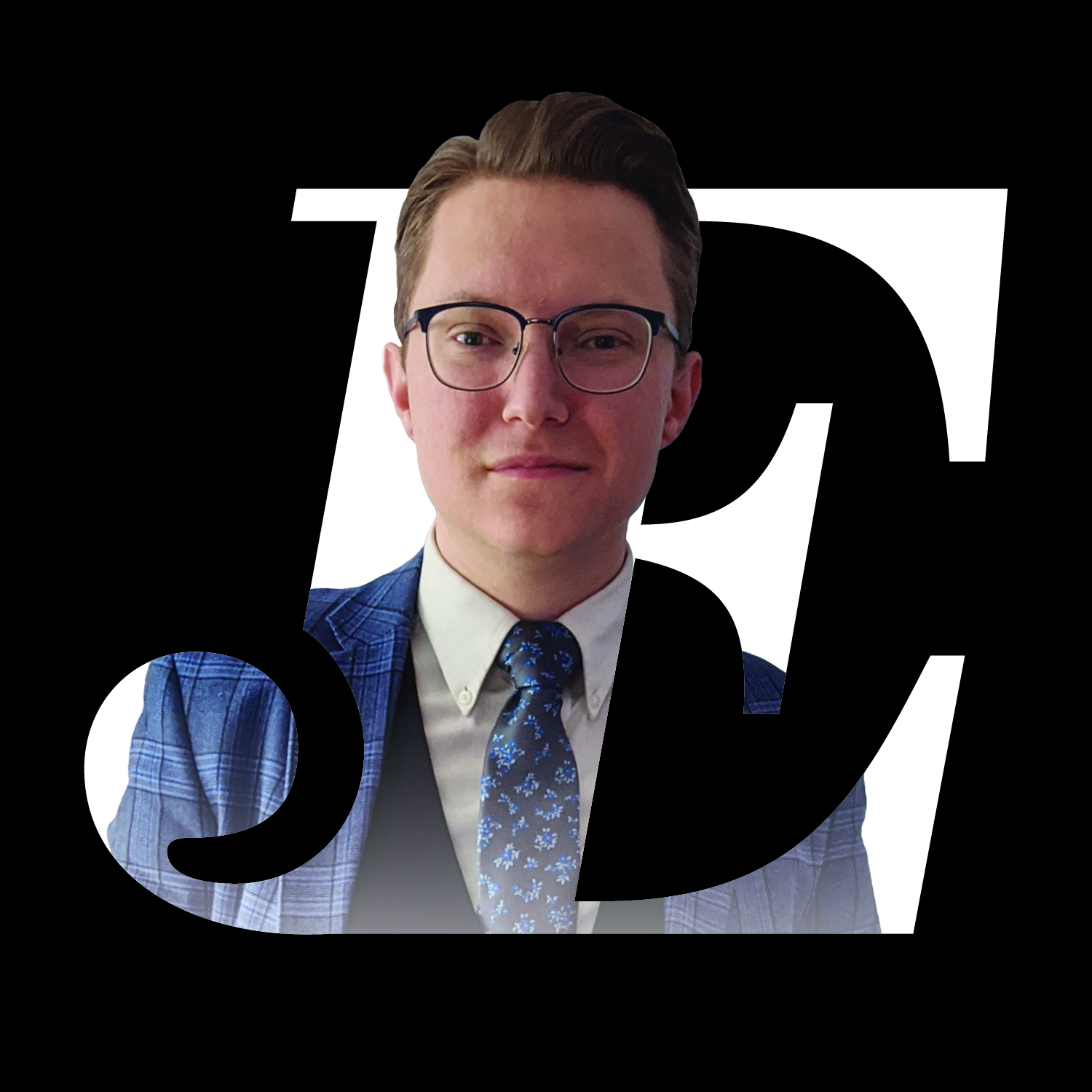 Even in a simple headshot of himself, James Early deploys his versatile creativity, encasing his photo within his “JE” artist logo.

“I introduce myself as an artist, designer and illustrator,” he said. “I’m all three of those things.”

But those who stay longer to learn more about what that quick answer means are rewarded for it.

“I’ve been told that I’m somewhat unique in that there aren’t a lot of designers who are necessarily good at drawing,” he said.

Early is excellent at drawing and has honed his skills in a variety of different artistic mediums.

“I try to cultivate a jack-of-all-tradesmanship for myself,” he said.

“I am told by my mother that when I was like 4 or 5, I wanted to be a professional dinosaur catcher, and I learned very early on that that was not a lucrative career,” he said. “So at around 5 or 6, I settled for being an artist.”

He had a knack for artistry from a young age.

“I was always kind of progressing in it faster and further than my peers were, and then just as I got older, I just acknowledged to myself I was really good at doing this,” he said. “And eventually that manifested in me pursuing a degree in graphic design, and that’s what I do full time now.”

Having graduated from Longwood University with a bachelor’s degree in graphic design, Early is now one of two graphic designers employed at Hampden-Sydney College.

“That’s my 9-to-5 job, and then I also freelance on the side as well through my business, James Early Art & Design,” he said.

Trying to explain how many different mediums he creates in was difficult for Early.

Before pursuing a degree in graphic design, he was an art education major. What drove his interest in both majors was the opportunity they afforded students to take an interest in a variety of things.

“When you’re an art teacher, you’ve got to be able to teach art, and that kind of means all art,” he said. “And graphic design kind of allows you that same exploration, because I could be making a book cover for one subject matter, I could be making a poster for a completely different kind of event, a logo, what have you.”

Early said he makes more graphic design pieces than anything else because of his full-time employment in that field. But he also distinguishes graphic design from art.

He said that to him, graphic design is all about communicating to an audience. With art, artists are allowed to explore things that are of interest to themselves.

“In a painting, I can use a color because it’s a color that I like,” he said. “In design you can’t do that. You have to use a color that’s conducive to the message that you’re sending and the audience that’s receiving it.”

In terms of art, he said he mainly sticks to two-dimensional dry media, meaning charcoal, chalk pastels and pencils, things like that.

He also does some wet media in the form of painting, watercolors and scratchboard pieces.

“But sometimes I’ll just want to do some crafting things, so I also make jewelry,” he said. “I do some sculpture. I used to weld, not so much anymore, and some woodworking here and there as well. I wouldn’t say carpentry but just kind of wood-based sculpting, nothing with structural integrity.

“So, it’s basically, if I get an interest in something, I teach myself how to do it, make some things with that medium, and if I like it, I continue to use it.”

Early gained artistic abilities over the course of his schooling. He said he was able to glean a lot from very knowledgeable teachers all through K-12.

He said a lot of his artistic skills were self-taught, and as time went on he was able to get his hands on more media. He took advantage of an arrangement in which Prince Edward County High School students could take classes at Hampden-Sydney.

“I had taken all the art classes I really could at Prince Edward at around my freshman year of high school,” he said. “So for my sophomore and junior years of high school, I took a drawing and painting class at Hampden-Sydney under a professor named David Dodge Lewis, who is actually a really big name in American portraiture.”

Early said Lewis introduced him to a more refined understanding of drawing and to oil painting and things of that nature.

“And then with college, my professors strongly encouraged using your medium to help convey your message,” Early said.

Getting a specific message across to the viewer of his art is a big part of Early’s inspiration behind creating.

And he always tries to have two levels to the artwork and design work that he makes.

“One is kind of the top, easy level, and that is let’s say you’re looking at this thing, and you’ve only got like 10 seconds,” he said. “You’re just walking past the poster or you’re just scrolling through a painting on social media. If you can only look at it for 10 seconds, I want you to get something out of that. But if you choose to stay longer, there’s that sub-level of deeper meaning, and I want to kind of reward you for spending time looking at my work.”