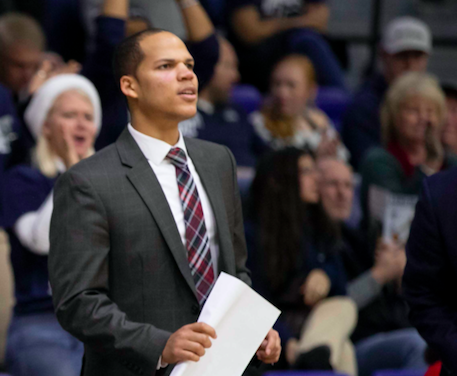 The list was compiled by the editorial staff at Silver Waves Media and included coaches who have not held head coaching positions at the Division I (DI) level and are currently on staff at a program within one of 13 conferences: America East, Atlantic Sun, Big South, Big Sky, Big West, Horizon, Mid-Eastern Athletic, Northeast, Ohio Valley, Patriot League, Southwestern Athletic, Southland and Western Athletic.

Williams and Radford University Assistant Coach Donny Lind were the lone coaches from the Big South Conference to appear on the list.

Williams, who joined the Lancer bench in June 2019, has more than a decade of experience at the Division I level and boasts a coaching resume that includes trips to the NCAA Tournament with Georgia Tech and Lafayette College, a Patriot League championship with Lafayette and 20- win seasons with three different programs. He has recruited and mentored more than a half dozen all-conference selections during that time, including Ivy League scoring leader and All-Ivy first-team honoree Matt Morgan in his final season at Cornell University in 2018-19.

Williams’ most recent successes came in Farmville where he helped Longwood Head Coach Griff Aldrich continue the Lancers’ resurgence during a 2019-20 season in which the program earned a record fourth-place finish in the Big South. The Lancers finished the regular season winners of eight of their final 11 games, surging to a top-four Big South finish and a first-round bye in the Big South Championship Tournament for the first time in program history.

Additionally, Williams, whose widespread coaching duties also include academic oversight of the program, helped the Lancers achieve a program-record 3.20 grade-point average this past spring.

Heading into the 2020-21 season, Aldrich, Williams and fellow assistant coaches Marty McGillan and Austin Shaver have assembled a deep roster bolstered by 10 returners, including the junior guard duo of Juan Munoz and DeShaun Wade, who combined to average 17.9 points per game last season. Also returning are junior forward Christian Wilson, who appeared in all 32 games and averaged 6.2 points off the bench; rising sophomores Heru Bligen and Leslie Nkereuwem, who emerged as key contributors during Longwood’s stretch run; and sophomore forward Abraham Deng, who started the first 12 games of the season.

Along with the returners, Longwood welcomed four signees as part of a 2020 recruiting class that bolsters the program at every position. Making up that group are guards Justin Hill and Jermaine Drewey, both from Houston, Texas; forward Jesper Granlund, from Helsinki, Finland; and forward Zac Watson, from Plano, Texas.