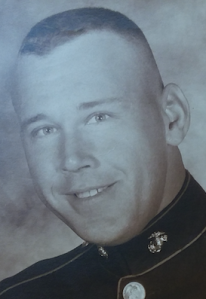 Thomas served with distinction in the United States Marine Corps -including two tours in Vietnam as a Combat Sniper. He retired with honor in 1983 after serving his country for 30 years.

After relocating to the Farmville area he worked for the Virginia Department of Corrections until retirement. Thomas was extremely involved in the community and volunteered with Veterans and Homeless organizations. He was a Board Member of the Piedmont Area Veterans Council and an active member of VFW Post 7059 where he served as Post Commander from 2004 – 2007.

Thomas was one of a kind. He loved hunting and fishing. He never met a stranger and always had time to stop and inquire about your day. He was passionate about helping and devoted his time to improving the lives of others. He was funny, gregarious and loved by his family and friends.