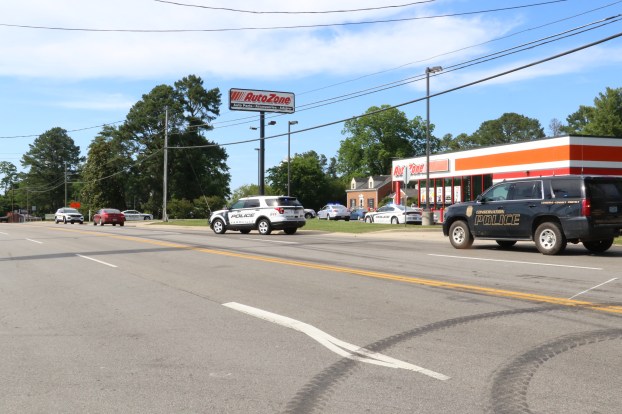 One person was arrested Sunday afternoon, June 7, after police and sheriff’s deputies responded to multiple reports of shots fired near the AutoZone on South Main Street in Farmville.

“As Farmville officers arrived, a Prince Edward (County) Sheriff’s Office deputy was already present attempting to secure the scene,” a press release from the Farmville Police Department (FPD) stated. “Multiple individuals were present in the parking lot of AutoZone, many of whom had been present at a fight approximately 30 minutes earlier at another location.”

No injuries or property damage were reported, according to the release.

“Each Prince Edward County sheriff’s deputy has taken an oath of office to safeguard lives and respect the constitutional rights of our citizens,” Epps stated in a release from the sheriff’s office. “The incident of June 7, 2020, is still under investigation, and an internal review is being conducted.”

The sheriff’s office is not releasing any information on the arrest made at the incident yet.

Epps said in the release the suspect was armed.

The FPD release stated Sunday’s incident remains under investigation and anyone with information is asked to call (434) 392-3332 or use the department’s anonymous Tip411 application.

Dear Editor: We unequivocally need to remove the Confederate soldier monument in Farmville. The statue was erected in 1900, while... read more