Gwendolyn “Gwen” McCormick Moses gained her wings and went to walk with angels on June 2, 2020. She passed away peacefully with family by her side. 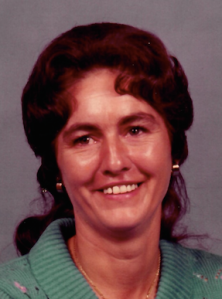 Born in Lynchburg, May, 19, 1950, she was a daughter of the late Evelyn Louise Honaker. Gwen loved to cook, sew and kept an immaculate house. Most of all she loved her family, her grandchildren were her treasures and she was an exceptional mother and grandmother. She instilled a strong work ethic and family values that have served them well. She was the “glue” that kept everyone together. She was the best “nanny” anyone could ask for. She will be dearly missed and forever in our hearts. She leaves us behind with many beautiful memories.

She was preceded in death by her second husband, John D. Moses.

Her famous saying was “The good Lord is going to take you when he’s ready for you.”

Robinson Funeral Home and Crematory served the family. An online condolence may be sent by visiting www.robinsonfuneral.com.