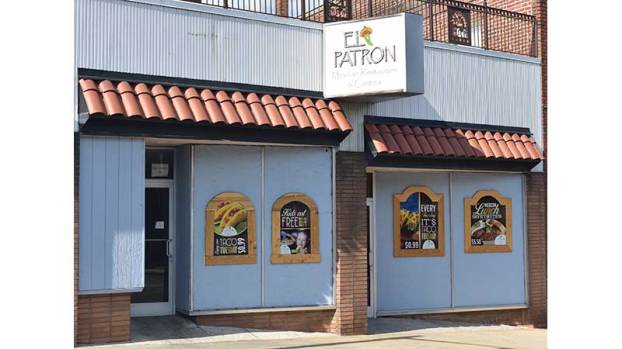 El Patron Mexican Restaurant, which had become a staple of downtown Farmville for most of the last decade, has closed.

People in the community had taken note near the beginning of June that the restaurant’s familiar space at 100 High Street seemed to be cleaned out.

“We just weren’t able to renew the lease, and we figured it wasn’t time for relocating, so we just closed,” El Patron Owner Johana Madrigal said Wednesday, June 10.

She also responded to the question of whether the restaurant could reopen in the same location or if that was out of the question.

“The landlord just didn’t want to renew anymore,” she said.

Madrigal affirmed the determining factor behind the closing was more the landlord than the COVID-19 pandemic.

“Towards the end of it, it probably would have been impacted (by the pandemic) because business started slowing down quite a bit,” she said.

El Patron was known to be particularly popular with the college crowd, benefiting from significant foot traffic from nearby Longwood University.

Madrigal said there are no clear plans at this time for the restaurant, including no plans to reopen it elsewhere in town.

She confirmed the business had been in the town for nearly eight years, all at the same location. El Patron employed approximately 12 people.

Internet outage in parts of Farmville

Damage to a Kinex Telecom fiber data line has parts of Farmville without internet and VOiP phone service Thursday. The... read more