Ken was preceded in death by his parents, Edgar Tilden and Cora Slagle Brisentine; one brother, Edgar Tilden Brisentine Jr.; three sisters, Sybil B. Coble, Nola B. Squier, and Doris B. Steenhagen. 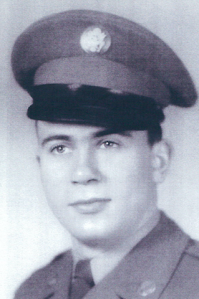 Ken was born on November 9, 1929 in Farmville, Virginia at Southside Community Hospital. After graduation from Farmville High School in 1947, he enlisted in the United States Army and served from 1948 until 1952.

While stationed at Fort Knox, Kentucky, Ken met his future wife, Bettye. Upon his discharge from the army, they returned to the family farm in Prospect, Virginia.

Ken served on the Farmers Home Administration Board, the Virginia Marketing and Review Committee, and the ASCS (FSA). He was a Farm Bureau director and the chief election official for Prospect district as well as the Vice Chairman of the Prince Edward County School Board. He served as a director of the Prospect Historical Society.

Ken was a lifelong member of Prospect United Methodist Church. He served as a Sunday School teacher, lay leader, and church council member.

We will remember him for his deep love of God, family, and friends. His encouraging spirit will live in our hearts forever.