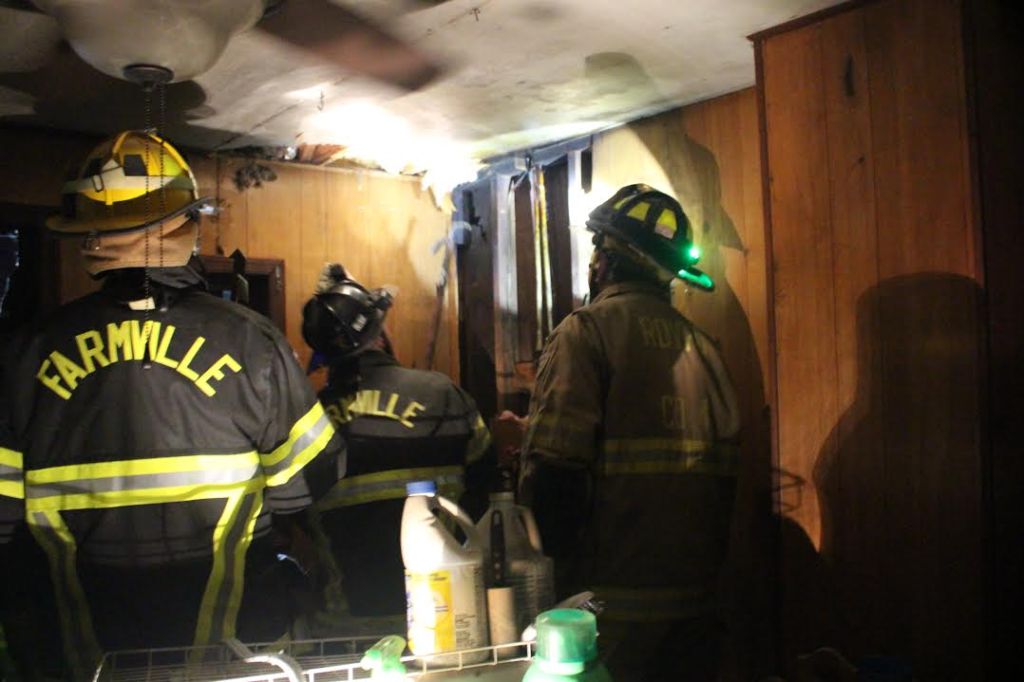 Firefighters survey damage to a property on the 400 block of Pleasant Valley Road in Cumberland after a dryer fire spread throughout the first floor of the residence. (Photo by Dan Pempel)

Crews responded just before midnight Saturday, May 2, to a reported dryer fire in the 400 block of Pleasant Valley Road in Cumberland.

Firefighters arrived at the scene to discover a two-story residential structure with fire showing.

Crews were met by heavy fire upon entry. The flames were only on the first floor of the residence. The fire was contained within 20 minutes.

Adkins said more than 25 fire personnel were on scene Saturday night over the course of the three hours. RDVFD used approximately 2,500 gallons of water to fight the blaze.

The Farmville Volunteer Fire Department also responded to the incident. No injuries were reported.