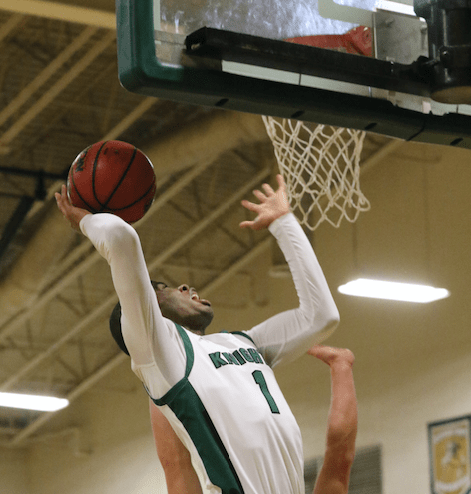 Buckingham County High School junior forward Gerry “Tae” Toney, pictured here, was named to the 2019-20 Virginia High School League Class 2 All-State Second Team. He helped the Knights go 22-4 this past season. They won the James River District Tournament Championship and a share of the district regular season title, later advancing as far as the Region 2B semifinals as the No. 2 seed. Toney also was named the district Co-Player of the Year for boys basketball. He made the All-District First Team and the All-Region First Team. For the season, he averaged 13.8 points, 11.3 rebounds, 2.2 steals and 2.1 assists per game. He led his team in points, rebounds, assists and field goal percentage.

The seasons of many 2020 spring sports squads were cut short by the COVID-19 pandemic, but the cancellation was particularly... read more