Longwood student talks about his fight against virus 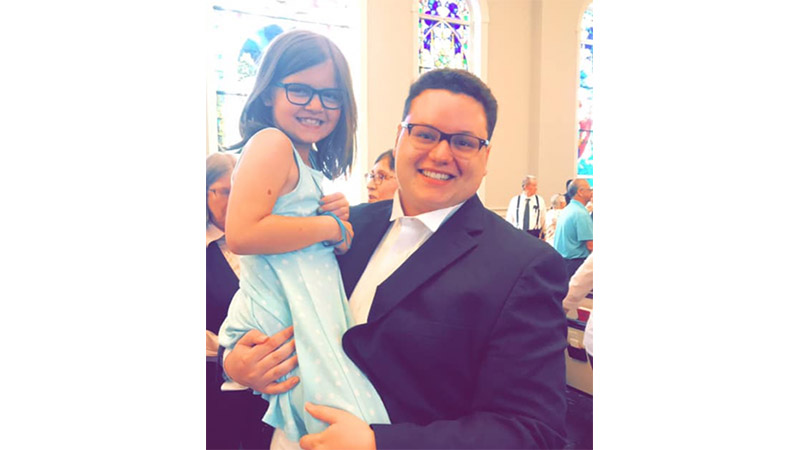 Longwood University student Devin Rivera rarely gets sick, so when the 21-year-old developed coronavirus symptoms within the span of just a few hours Wednesday, March 18, he knew something was wrong.

Rivera had recently returned from the Southern Regional ACDA Conference in Mobile, Alabama, a week before his health took a turn for the worse March 18.

“It wasn’t anything that was gradual,” Rivera said. “I was just doing regular things, sitting around and watching TV, and all the sudden I started feeling hot. I was coughing. I was very fatigued, and I couldn’t really walk.”

Rivera said he had a fever of 102. Concerned that he was showing symptoms of the virus, he called Centra Southside Community Hospital in Farmville.

Within hours of experiencing his first symptoms, Rivera was driven to the hospital by his roommate. Too weak to stand, Rivera had to use a wheelchair as he was admitted to the hospital around 6 p.m. that evening. His temperature had risen to nearly 104.

The hospital, according to Rivera, ran multiple tests in order to eliminate other possible illnesses such as the flu or pneumonia, both of which can be determined within hours, as opposed to Rivera’s COVID-19 test, which took six days.

Once doctors ruled out other possibilities, it seemed likely Rivera had contracted the coronavirus. He was transported via ambulance that night to quarantine in a Longwood Village apartment provided by the university. Longwood announced in February it would be repurposing the Village apartments and students would not be able to rent units from the complex for the 2020-2021 academic year.

It took six days before he received confirmation March 24 his test had come back positive. His symptoms waxed and waned.

“I’d say the first week I was in quarantine I was OK, but the last seven days were pretty bad,” he said. “Chronic headaches, a lot of fatigue, some coughing, those were the most severe things. The virus took away my sense of taste and smell.”

Rivera’s quarantine ended April 2. He is feeling better, although not completely well. He still cannot smell or taste much. He has since taken a trip back home and was disturbed on his way back to Farmville that the highways and parking lots seemed just as packed as before Virginia Gov. Ralph Northam’s Stay-at-Home Order.

Now that he is recovering, Rivera has a message for others, especially people his age.

“I just think it’s important that they’re doing what’s asked of them,” he said. “I can understand the younger people feeling like they’re invincible in some way, but it’s those things, going to the beach and still having your social gatherings, that make the decisions that the governor’s making happen. I think it’s important for people to realize that this isn’t just about themselves. It’s about everybody else around them, and that’s important for people to recognize, because otherwise it’s selfish.”

As a piano student, Rivera spent most of his time at Longwood toiling away in the university’s music building, practicing his craft in preparation for his senior recital in the fall. He looks forward to a day when things return to a type of normal and the world doesn’t feel quite so isolated.