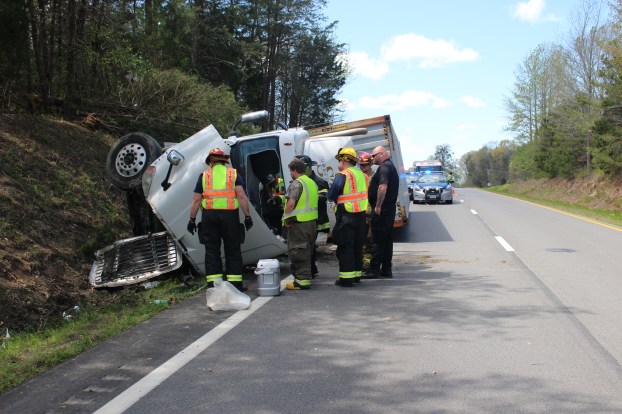 The 18-wheeler went off the left-hand side of the road and climbed an embankment before rolling back down on its side Thursday afternoon while traveling eastbound on Route 460 in Prince Edward County, according to Farmville firefighter Dan Pempel who provided pictures from the scene.

The Prince Edward Rescue squad transported the driver of the truck to the hospital with injuries.

Two large wreckers were used to put the truck back on its wheels and remove it from the scene.

According to weather data, winds were gusting in excess of 30 miles per hour around the time of the incident. The area also had several power outages Thursday as a result of the strong winds. 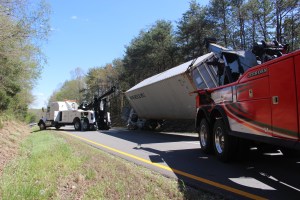 Emergency personnel work to clear the scene of an overturn 18-wheeler Thursday afternoon on Route 460 in Farmville. 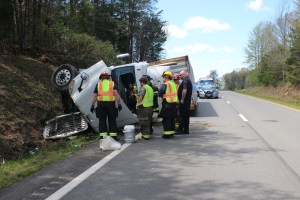 Heart of Virginia Festival is canceled

The 2020 Heart of Virginia Festival has been canceled by organizers to protect the health and safety of all participants.... read more