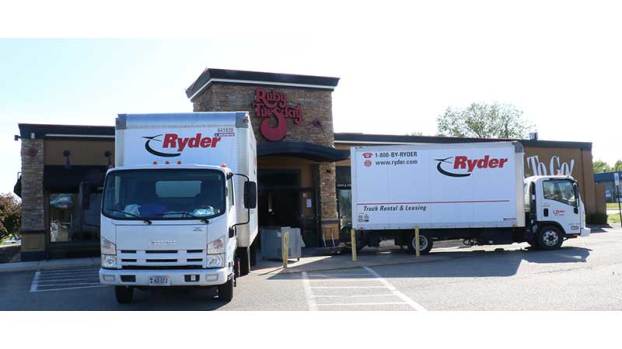 The economic impact of the COVID-19 pandemic came home to Farmville Wednesday, April 22, as the town’s Ruby Tuesday location closed for good, with 50 employees losing their jobs.

“It’s sad news. (There) will no longer be a Ruby Tuesday in Farmville,” General Manager Christopher Senger said late Wednesday afternoon after having learned the news himself earlier that day.

He noted the last operating day for the location, found at 1807 S. Main St., was April 1 — for takeout only. The location then temporarily closed, with hope it would reopen later, but it was not able to outlast the pandemic.

“So we made it three weeks, and then we had to close the doors,” Senger said, counting from April 1 to April 22.

Due to financial issues, Ruby Tuesday had been closing restaurant locations a lot even before the pandemic, Senger said.

He said once the pandemic began, Ruby Tuesday locations like the one in Farmville had not been the first in the company to close permanently.

He said those locations were the first 60-80 to close back during the first week or two of the pandemic.

“Now, starting this week, I guess just due to finances and just how things are going now with the industry that the company can’t sustain with the furlough even,” he said. “So now they’re taking locations — like Farmville — that they own and unfortunately locking the doors.”

He said he did not know anything other than that.

“I’m assuming they’re going to put them up for sale, but I don’t think people are purchasing real estate right now,” he said. “But I’m thinking they’re trying to get every dollar they can to stay open.”

Senger shared details of his staff that has now been laid off.

“At least 42 of them are all local, live and survive off of Farmville, not college kids,” he said. “I have six to eight college kids that kind of come and go, but other than that, 80% of my restaurant is locals. And to be honest, I would say, of those 80%, half of them have worked for me for two to three years or plus — up to the seven-, eight-, 10-year range. So it’s a lot of relationships lost too, unfortunately.”

Senger, who has been with Ruby Tuesday since he was 20, a 14-year stretch, is among the 50 employees being laid off.

“You know what, my faith is strong,” he said. “God’s in control, and that’s really all that matters to me. I rest solely in that. Yeah, I might shed a tear. At the end of the day, it is what it is. I’ll keep my head up, keep my faith strong, and tomorrow’s a new day.”

Other Ruby Tuesday restaurants to close recently in Virginia have been in Fredericksburg, Spotsylvania County and Warrenton. The restaurant chain is headquartered in Maryville, Tennessee.

Dear Editor: Farmville and the surrounding areas are caring communities. This is evidenced by the recent efforts and actions to... read more