The element of surprise 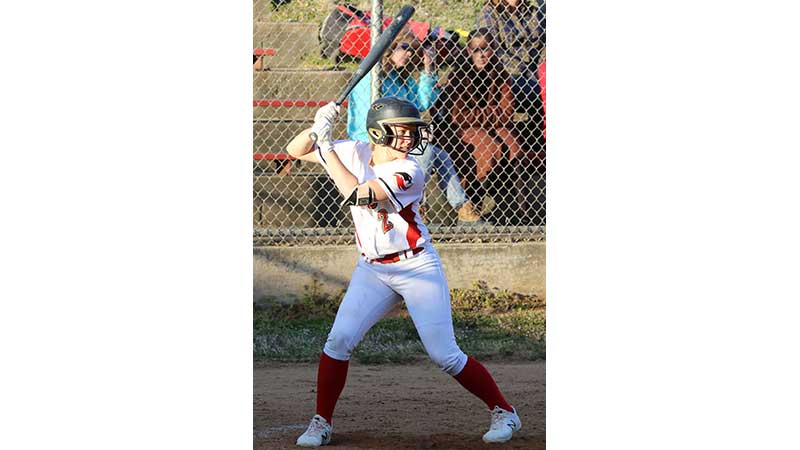 Fuqua School’s Carmen Reynolds will be a key leader for the softball team as a senior. (Photo by Titus Mohler)

There was a point in the offseason that some people were wondering if there would be a 2020 Fuqua School varsity softball squad.

The Lady Falcons competed in the Virginia Independent Schools Athletic Association Division III state championship the last two years, winning the title game in 2018 and losing it in 2019.

Last year’s squad featured eight players who are now gone due to graduation, and Head Coach Mike Ford has also moved on, but there will be a Fuqua varsity team in 2020.

David Schmidt and Shawn Haney will be shepherding a group of 14 girls, some of whom will be quite busy this spring.

But he said they have things worked out to where the girls will not have to miss any varsity softball games due to scheduling conflicts with the other teams.

“We’re not going to be a star team, but I think we’re going to surprise people,” Schmidt said.

The 2020 roster is composed of five seniors, three juniors, one sophomore and five freshmen.

“Some of these have never played,” Coach Schmidt said. “Some of these are lacrosse (players), and Shawn and I have been running this practice, and we’re kind of surprised. It’s coming along pretty good. The ones that are playing lacrosse, they already have the knack for (softball).”

Both Schmidt and Haney bring significant softball coaching experience to the program.

“So with (Shawn) always coaching travel or coaching Crewe rec ball and myself doing the same, the way we’re coming together with this thing, I think we’re going to have a pretty decent season,” Schmidt said.

Asked if they are co-head coaches, Schmidt said that is what is being said.

“Him and I, neither one, really want to head coach,” he said. “We just want everything working for the girls. Pretty much we’re going to focus on this whole season to let them have fun, and we’re trying to make it to where the ones that are playing dual sports, we’ll make it all work.”

Schmidt said he and Coach Haney are looking for Reynolds, Abbie Schmidt, Meredith Schmidt and senior Charlotte Haney to lead the team on the field.

Reynolds brings a familiar presence at catcher, but the team will have a big task in filling the shoes of the recently graduated Regan Ware, who was dominant in the circle for Fuqua.

Coach Schmidt said Charlotte Haney could end up either in the outfield or infield.

Fuqua’s regular season schedule consists of many doubleheaders. Its season was set to open with one Thursday, March 19, when it was going to visit Temple Christian School at 4 p.m., but concerns surrounding the novel coronavirus COVID-19 have led to the postponement of those games.