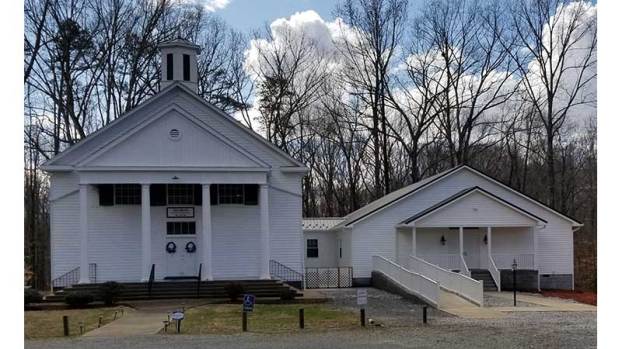 Sharon Baptist Church will open its doors to the public for a night of music, food and celebration Saturday, March 14, as they dedicate the completion of their new fellowship hall, a project more than 20 years in the making.

“Never give up, I guess is the saying,” Chairman of the Sharon Baptist Church Building and Grounds Committee Tommy Steger said. “(The building project) sat dormant for, I guess you could say, 10 years because it wasn’t feasible at the time,”

Years of planning finally came to fruition in 2012 when volunteers from the church and community began a period of fundraising to get the project off the ground. Construction began in May of 2019 and was finished nine months later in January of 2020, the church’s 185th year.

“We spent seven years of pretty intense fundraising trying to design something we could afford,” said Steger. “It was well worth the effort that we all put in to get where we are.”

Leading the festivities for the evening will be twice named Best Bluegrass Band by the Virginia Folk Music Association, Willow Branch, who will be returning to Sharon for their 12th consecutive year. Willow Branch’s previous years at the church served as fundraising events for the fellowship hall.

“It gives us great pleasure to once again perform at Sharon for such a momentous occasion,” Willow Branch founding member Robert Noble said. “We are proud to have been part of the building process and greatly appreciate all those who have come to the concerts all these years.”

Admission is free. A soup dinner will be provided by the church at 6 p.m. followed by the ribbon cutting and dedication. Music by Willow Branch will start at 7 p.m.

Jesus watched people dropping gifts in the collection box. Then a poor widow came by and dropped in two small... read more