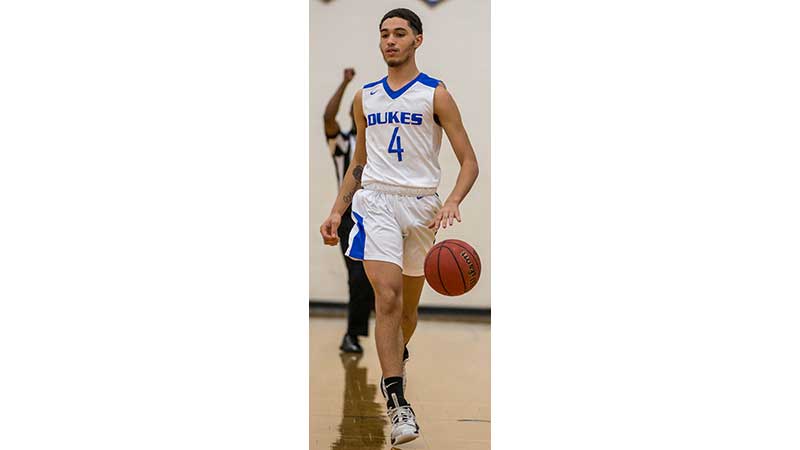 “During the regular season, he was averaging just over 11 points,” Dukes Head Coach Tyrone Mosby said. “But once the regional playoffs started, he jumped up another six points per game.”

Though the Dukes fell 62-52 to host No. 2-seeded Sussex Central High School in the semifinals, he still helped them stay in the game by scoring 17 points.

Across both games, he averaged 17 points, four rebounds and one steal.

“I’m definitely proud of him,” Mosby said. “Those six points more for the last two games that we had was big for us.”

The coach said Marion is so athletic, he can play all five positions.

“But the last two regional games we had, he was playing mostly point (guard), which he was handling the ball, and shooting guard,” Mosby said.